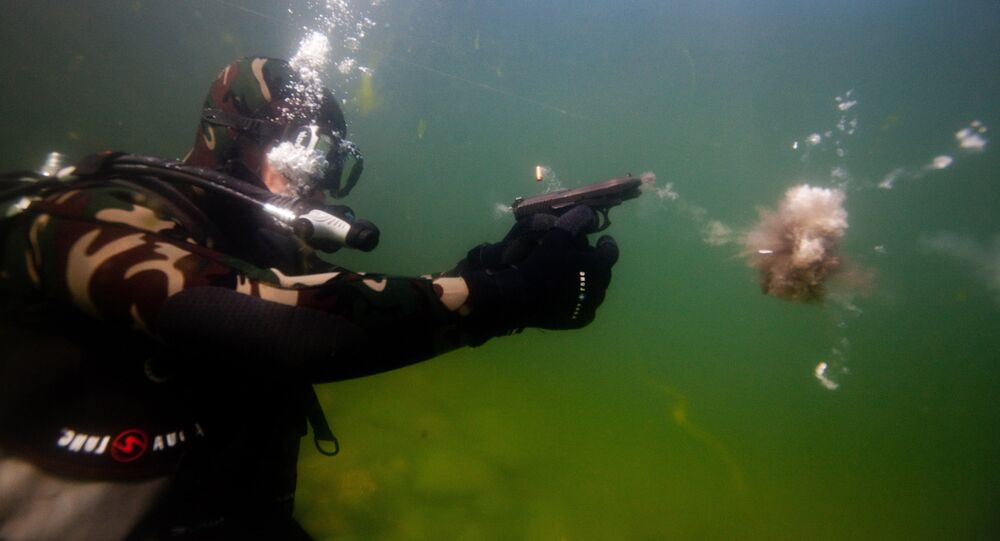 Military journalist Andrei Kotz gives his take on five of the best lesser-known pistols in the arsenals of Russia's police, security and special forces.

© Sputnik / Nikolay Hiznyak
Tank Busters: The Top 5 Man-Portable Anti-Armor Systems in the World
The company says its weapon could become as a replacement to the legendary Makarov PM ('Pistolet Makarova'), the Soviet handgun which has been the standard military and police sidearm since its introduction in 1951. Other pistols, including the PYa, have since been introduced, but the Pistolet Makarova continues to enjoy widespread use in the Russian security services.

Amid the discussion of a new standard issue pistol, RIA Novosti military observer Andrei Kotz decided to take a look at five excellent but somewhat more obscure Russian-made pistols that are in widespread use.

The PSS pistol, created by the Moscow-regional Central Scientific Research Institute for Precision Machine Engineering (TsNIITochMash) for use by Spetsnaz, was adopted in 1983. The gun's sealed cartridge system allows for silent firing with no muzzle flash at a range of up to 50 meters. The gun doesn't require a large silencer, and has very compact dimensions of just 170mm, and a weight of 850 grams.

According to Kotz, "the main distinguishing feature of the PSS is its 7.62x41.5mm SP-4 cartridge, specially created for the weapon, which has a very interesting action mechanic. A special piston is fitted between the powder charge and the bullet in the cartridge. When fired, the powder gases hit the piston, which pushes the bullet out of the barrel, wedging the neck of its casing. In this way, powder gases remain inside the casing, almost completely eliminating noise caused by firing."

"The PPS has a capacity of only six rounds, but more are not needed for performing any special tasks. This includes things like eliminating a sentry quietly and with one shot. Rumor has it that FSB special forces used this pistol in March 2000, when they liquidated the bodyguards of Chechen bandit Salman Raduyev before taking him into custody."

The Gun Version of a Swiss Army Knife

The second sidearm on Kotz's list is the OTs-27 Berdysh ('Poleaxe'), a versatile handgun created by the Tula Instrument Design Bureau and adopted by the Ministry of Internal Affairs in 2002, although it was originally meant for use by the Armed Forces.

According to the expert, the defining feature of this weapon is its "omnivorous" nature. "It can shoot 9x18mm, 9x19mm, and 7.62x25mm rounds. To do this, it is enough simply to change out the quickly detachable barrel and the magazine. For law enforcement, which has a broad range of ammunition in its arsenal, this gun arrived at the perfect moment. The OTs-27 is used by security police, as well as prosecutors and prosecutor's office investigators for self-defense."

© Sputnik / Ramil Sitdikov
WATCH: One of Russia's Most Advanced Tanks Demonstrates Its Power (VIDEO)
The P-96M, another design by the Tula Instrument Design Bureau, has not enjoyed particularly wide application, but was adopted as the Federal Bailiff Service's standard sidearm in 2003. According to Kotz, the gun has some interesting and unique tactical and technical characteristics:

"It has a length of only 150 mm, and weighs slightly less than 500 grams. At the same time, it accommodates 14 9x18mm rounds.  The gun is perfect for concealed carry. In addition to bailiffs, these weapons are used by prosecutor's office investigators, as well as a number of police units at the Ministry of Internal Affairs."

In late 1996, the special forces of the FSB and the FSO (the service guarding top Russian officials, including the president) began to receive the SPS, a TsNIITochMash semi-automatic sidearm design developed in the early 1990s.

Kotz noted that in the hands of a skillful marksman, this weapon can hit targets at a range of up 100 meters, but more importantly, "disable vehicles and effectively punch through all types of bulletproof vests at close range. This was made possible thanks to the use of a special 9x21mm armor-piercing round. At a range of 50 meters, it can penetrate a IIIA-class vest, a sheet of steel 5 mm thick, or titanium 2.4 mm thick. No other Russian side arm can boast of having such armor piercing capabilities."

"In addition," the analyst wrote, "other cartridges have been developed for this weapon, including the SR11 low-ricochet round, the SR12 hollow point round, and the SR13 armor-piercing tracer. In 2013, the SPS began to be introduced into army special forces units."

The final weapon on Kotz's list is the GSh-18, a Tula Arms Factory design which holds the record for best magazine capacity among Soviet and Russian handgun designs. The sidearm can hold up to 18 rounds – double that of the Makarov PM. The gun's design features polymer frame with steel inserts, reducing its weight and recoil momentum. The GSh-18 was adopted by the armed units of the Ministry of Justice in 2000, by the special forces and certain categories of employees of the Ministry of Internal Affairs, and the Federal Bailiff Service in 2006.