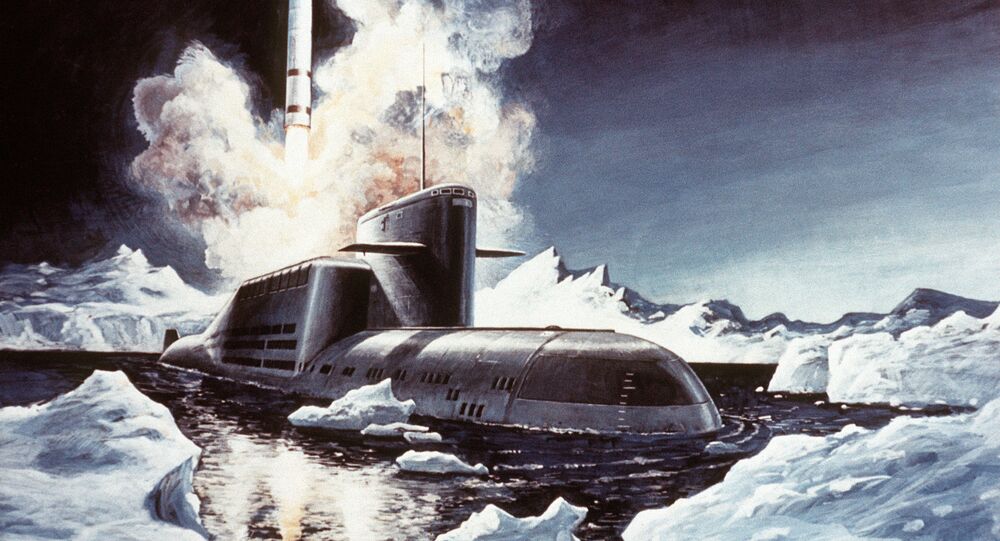 The Central Intelligence Agency has released some 2,000 pages of formerly classified materials on the Soviet Navy during the Cold War. Military observer Andrei Kotz takes a look at some of the most fascinating conclusions Western intelligence analysts reached about the Soviet Navy's presumed strengths and weaknesses.

The trove of documents, encompassing 82 reports spanning three decades, from the 1960s to the 1980s, includes everything from translations of materials from 'Military Thought', a Soviet military journal, to high-level US national intelligence estimates of Soviet naval power, to agency reports focused on subs, carriers, cruise missiles, and more.

The documents confirm that the US military leadership saw the Soviet Navy as a serious threat to US naval hegemony, and that they allocated generous funding to intelligence studies on the subject. The materials touched on practically all aspects of Soviet naval military thought, from the characteristics of its ship-based anti-aircraft missile systems, to the tactical configuration of submarine strike groups.

RIA Novosti military observer Andrei Kotz decided to take a look at some of the most interesting conclusions reached by the CIA analysts.

In the early 1970s, the Soviet Union began fielding its first ships capable of operating fixed-wing combat aircraft. These were the Project 1143 Kiev-class designs, the upgraded Project 1143.5 version of which would go on to become the Kuznetsov-class.

© Sputnik / Nikolay Hiznyak
Tank Busters: The Top 5 Man-Portable Anti-Armor Systems in the World
The lead ship of the Kiev-class, the Kiev, was launched in December 1972, and commissioned in December 1975. These massive 45,000 ton aircraft-carrying cruisers were fitted with Yak-38 vertical takeoff/landing (VTOL) fighters, and what was then the latest in anti-submarine warfare, air defense, cruise missiles, close-in weapons, and 3D air search radar capabilities.

US analysts concluded that Project 1143 class ships, while not a threat to the US aircraft carrier advantage, did pose a direct danger to NATO hegemony in the Atlantic.

The CIA noted that along with modernization, those construction programs were expected to "provide significant qualitative improvements in the major surface forces over the next few years. The V/STOL aircraft carriers will give the Soviet Navy an entirely new capability for the employment of sea-based air power." This includes new capabilities for aircraft reconnaissance and air-based ship defense, giving the Soviet Navy new confidence in operating far from its home shores.

By the early 1970s, the Soviet Union had successfully renewed its submarine fleet. In a 40-page document entitled 'The Soviet Attack Submarine Force: Evolution and Operations', the CIA outlined the capabilities of the USSR's submarine fleet, its tactics and operations. Authors put special focus on the outcome of a possible confrontation between Soviet submarines and US carrier groups.

"The Soviets view the submarine as their primary naval weapon system," the report reads. "The Soviet Navy now has some 335 submarines, the largest submarine fleet in the world. About 55 of these have a strategic strike mission. The remainder – some 280 attack submarines – is the principal force for strategic defense against Polaris ballistic missile submarines, for countering [enemy] aircraft carriers, and for interdicting sea lines of communication. The attack submarine force is also an important contributor to ocean surveillance."

CIA analysts anxiously explained that Soviet attack submarines' numbers, armament and speed gave them the opportunity to "stalk and attack the US carrier force at sea. There are currently about 54 first line cruise missile submarines (all but 16 are nuclear powered) and the number is increasing by two to three per year. The number of US attack carriers, about 14, presents the Soviets with the opportunity for concentrating the operations of several submarines on each US carrier."

© Sputnik / Maksim Blinov
Moscow Never Capitulates: Russian Military Ranks 2nd, Long After Soviet Split
Finally, according to the report, the newest Soviet cruise missile-armed submarines presented US carriers with a particular "complex defensive problem," with the 250 nautical mile range of the Soviet SS-N-3 nuclear-capable cruise missile (Soviet designation P-5 Pyatyorka) giving the Soviets "some 200,000 square nautical miles from which to launch." US analysts were particularly concerned by Soviet tactical capabilities to conduct coordinated surprise raids on US carriers, using a combination of multiple submarines and aircraft. This was of particular concern to the US in the Mediterranean, but less so in the Pacific and the Atlantic Oceans. The CIA concluded that the Soviet Navy would be most likely to attack those carrier group targets closest to the Soviet Union in the event of war.

The document dump made clear that US intelligence was extremely concerned by the potential of Soviet cruise missiles. Reports on the subject include 'The Soviet Naval Cruise Missile Force: Development and Operational Employment', a 1971 primer on what this class of weapon gave the Soviet Navy.

Among the "at least seven classes" of Soviet cruise missiles estimated to be deployed were over-the-horizon long range weapons which the CIA said allowed for "greater tactical flexibility" for ships and patrol craft equipped with these weapons. The "new AS-6 missile," Soviet designation KSR-5 Raduga, launched from Soviet Tu-16 strategic bombers, was of particular concern to analysts. "The AS-6 has a top speed of Mach 3, which is about twice as fast as carrier naval air-to-surface missiles, and has a maximum range of 300 nautical miles, which is more than double that of its best predecessor," the report noted.

A separate 1972 study, called 'Soviet Capabilities to Counter US Aircraft Carriers', concluded that "the Soviets considered the antiship cruise missile a revolutionary weapon making the aircraft carrier obsolete." It added that in addition to their 286 attack subs, the Soviets had over 600 bomber and reconnaissance aircraft, 275 of them armed with air-to-surface missiles, and significant surface ship forces and coastal launchers, equipped with about 915 and 420 launchers, respectively.

One particularly interesting assessment from 1979, called 'Naval Aviation in Soviet Antiship Attack Planning', is curious for the fact that nearly 40 years later, much of it remains classified. The readable section of the report concludes that notwithstanding US superiority in carriers and naval-based aviation, the US military assessed the threat posed by Soviet naval pilots as very serious.

© REUTERS / Anton Vaganov
War Sharks: Top Five Most Formidable and Intriguing Sub Designs in the World
That report pays special focus to the Tu-22M Backfire supersonic strategic and maritime strike bomber, which began deployment in the 1970s. The study noted that the bomber's range and speed would make Western naval sea control and power-projection forces vulnerable in conventional and theater nuclear war scenarios in the Mediterranean, the Pacific, the Atlantic, and elsewhere. It concluded that the success or failure of Soviet naval aviation operations would depend on the degree of coordination, surveillance of their intended targets, and survivability amid encounters with Western air defenses, whose effectiveness would also depend on their coordination.

Sergei Gorshkov: The Admiral Who Transformed the Soviet Navy

In its supplementary booklet dedicated to the declassified archive of documents, the CIA devoted a special chapter to Admiral Sergei Gorshkov, and the major role he played in transforming the Soviet Navy. The naval commander, who became head of the Navy in 1956, served as commander in chief until 1985, during which time he would transform it beyond recognition.

Summarizing his achievements, the CIA wrote that "the story of Admiral Gorshkov is very nearly the story of the Soviet Navy for the thirty years he served as Commander-in-Chief. His lengthy tenure…was a tribute both to his professional naval expertise and, perhaps more important in Moscow, his bureaucratic skill navigating through the hazards of the changing attitudes of the national and party leadership. In retrospect it seems clear Admiral Gorshkov never lost sight of his goal of creating a world class navy operating proudly on all the world's oceans."

Indeed, under Gorshkov, for the first time in its history, the USSR achieved the capability to operate far from its shores, with some 170 warships operating in the world's oceans. Secondly, the admiral presided over the creation of the submarine-based leg of the Soviet nuclear triad, featuring some 62 modern ICBM carriers, including the fearsome Akula (Typhoon-class) sub. Finally, Gorshkov shifted the focus of the Navy from submarines and coastal defense to the creation of a truly 'balanced fleet', "i.e., a fleet for open ocean operations and a broad array of contingencies," including the creation of the USSR's first carriers.