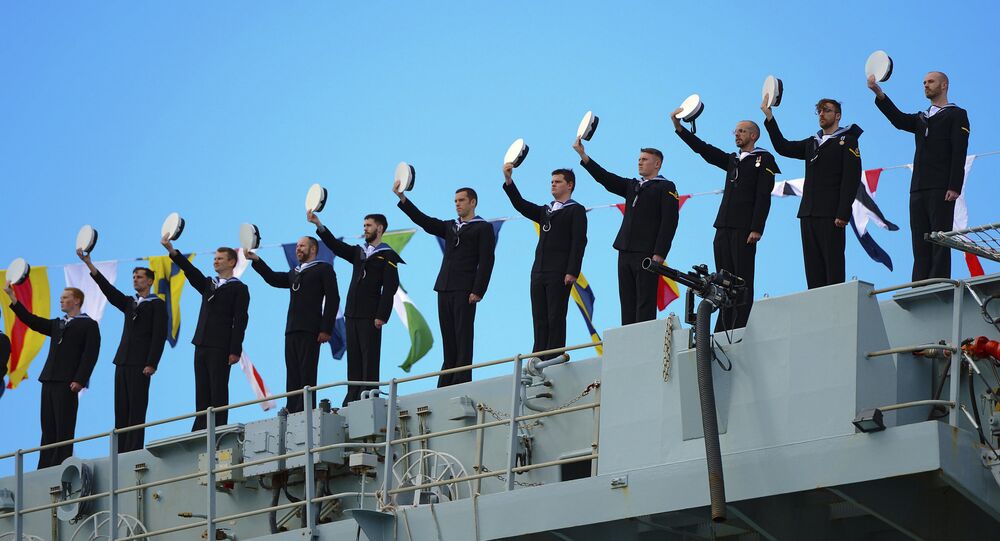 UK Royal Navy chiefs have, in the past, been renowned for pushing the boat out when it comes to replacing its aging, shrinking fleet. Now the Ministry of Defense (MoD) has confirmed it will attempt to bolster the navy's depleted fleet by ordering at least five new frigates - but at a cut price.

Under the MoD's new plans, a number of budget boats — costing no more than £250 million (US$330 million) each — will be constructed at various shipyards around Britain in a bid to spread the work.

The BAE Cutlass, could this be the new Type 31 Frigate?— https://t.co/gW61vN5VeF pic.twitter.com/FfpEH2OeRZ

The first version of the "stripped down" model — yet to be designed or fully-costed — is due to be commissioned into the navy within six years.

Crucially, they will cost about a third of the price of another new generation of frigate — the Type 26 — being built by BAE Systems at its yards on the River Clyde in Glasgow.

"This new approach will lead to more cutting-edge ships for the growing Royal Navy that will be designed to maximize exports and be attractive to navies around the world. Backed up by the commitment to spend billions on new ships, our plan will help boost jobs, skills and growth in shipyard and the supply chain across the UK," Fallon said.

© CC BY 2.0 / Defence Images / HMS Argyll with the French Ship FS Mistral
This Is What 'Will Keep Britain Safe' Against Supersonic Missiles
The move comes following proposals first floated by industrialist Sir John Parker, who carried out a detailed review of Britain's shipbuilding strategy on behalf of the government in 2016.

Now the ideas put forward by the industrialist have won the support of Defense Secretary Michael Fallon, who is anxious to deliver budget vessels to the British military, but within strict budgetary restraints.

Sir John recommended the new vessels be built at shipyards around the country, using the "modular" system employed to construct the colossal aircraft carriers.

This saw giant blocks fabricated at various sites, before being towed to Rosyth in Scotland, where they were integrated by the Aircraft Carrier Alliance, made up of BAE Systems, Babcock and Thales.

The decision comes several months after the British government signed a £3.7 billion (US$4.8 billion) for the first three Type 26s.

Navy chiefs had originally planned to replace its 13-strong fleet of Type 23 frigates with the Type 26, but escalating costs reduced that number to just eight, the remainder now being made up by the cheaper frigates.

Britain is presently trying to sell the Type 26 to various foreign governments, including Australia and India, although no orders have, so far, been placed.

Sir John, chairman of Anglo American PLC, remains convinced the cheaper version will appear more attractive overseas despite the fact the vessels are still a long way off.

"My recommendations will change the shape of naval shipbuilding over the country in the future. The next challenge is to come up with a world-leading design, one that can satisfy the needs of the Royal Navy and the export market. We have the capability to do that, the will is there and it is a tremendous opportunity for UK shipbuilding," Sir John, a trained naval architect, said.

"I see no reason why industry will not rise to that challenge. There is an incredible keenness from around the country, from Scotland to Merseyside, to the southwest and over to Belfast," Sir John added.

His vision has already come under fire in some sections, most notably the trade unions, who claimed it could spell disaster for workers in Scotland already promised the work by the Conservatives during the independence debate.

"Let's be clear that the Type 31 contracts were originally promised to the Upper Clyde, so while shipbuilding communities across the UK would benefit from work-share, this will be at the expense of Scottish staff despite its own future already secured until the 2030s," said Gary Cook, Scotland organizer of the GMB.

Costs for its two new aircraft carriers, the HMS Queen Elizabeth, and the HMS Prince of Wales soared spectacularly over budget, forcing a radical rethink on future warship orders.

This Is What 'Will Keep Britain Safe' Against Supersonic Missiles