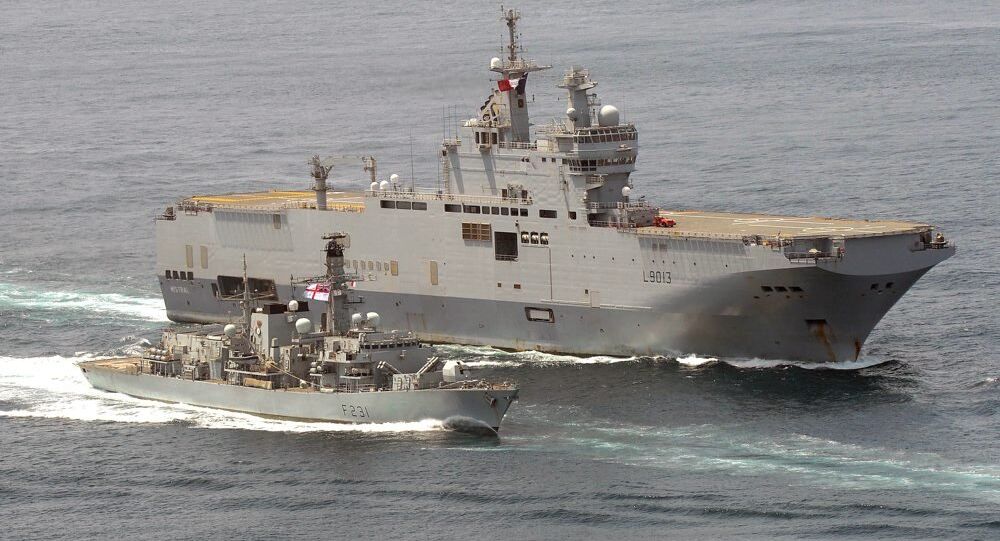 This Is What 'Will Keep Britain Safe' Against Supersonic Missiles

Britain says it has successfully tested an air defense system which is designed to protect ships against supersonic missiles. A government minister said the Sea Ceptor was designed to keep British ships and submarines safe.

The first Sea Ceptors were tested by the Royal Navy frigate HMS Argyll off the coast of Scotland earlier this summer. ​HMS Argyll will conduct further firing trials before it is deployed to Japan next year.

The Sea Ceptor, which was built the Anglo-Franco-Italian company MBDA, is said to be an improvement on previous air defense systems such as Sea Wolf, and has a longer range.

It will be installed on Type 23 frigates in the next year and will be used on their eventual replacements, the Type 26, from the mid-2020s.

​The commander of HMS Argyll, Commander Toby Shaughnessy, said the weapon was an "exciting upgrade".

"Sea Ceptor is an impressive and innovative system, demonstrating that the Royal Navy is at the cutting edge of technology and working hard to keep Britain safe," he said.

Defense Procurement Minister Harriett Baldwin visited MBDA's site at Filton, near Bristol, on Monday, September 4, and met some of the 600 people who work on the Sea Ceptor system.

"Sea Ceptor will protect our interests against threats both known and unknown. It will launch from the Royal Navy's new Type 26 frigates as they keep our nuclear deterrent submarines and the UK's two new aircraft carriers safe on operations around the globe," said Mrs. Baldwin.

"Sea Ceptor supports 600 UK jobs and is yet another example of how our rising defense budget is being spent on cutting-edge kit to help our armed forces meet future threats," she added.

Sea Ceptor's #CAMM #missile uses innovative soft-launch technology that is 30% more efficient than a 'hot' launch, among many other benefits pic.twitter.com/xO1geCWK9n

North Korea conducted a nuclear test on Sunday and the US ambassador to the UN claimed Kim Jong-un was "begging for war". Pyongyang has previously warned Britain it faces "a miserable end" if it joins the US and South Korea in military drills.

Last month the US conducted a test of a Raytheon SM-6 missile that successfully intercepted a target medium-range ballistic missile launched from the guided-missile destroyer USS John Paul Jones.

In July the US THAAD (Terminal High Altitude Area Defense) system made its first intercept of intermediate range ballistic missile (IRBM), shooting down a target over Alaska.