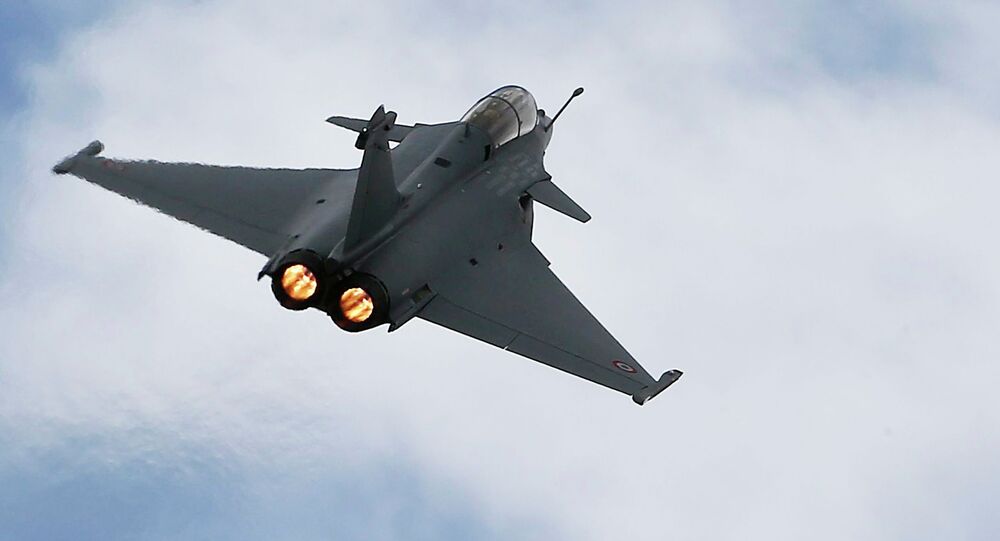 India is looking to place a follow-up order for 36 more fourth-generation Dassault Rafale multirole fighter jets for its Air Force.

After four years of negotiations, French aircraft maker Dassault Aviation signed a deal worth 7.87 million euros with the Indian government last September to sell the jets, which are expected to be delivered starting November 2019 and likely ending in mid-2022.

West Bengal, near the border with Bangladesh and Myanmar, will host the first squadron of Rafale fighters, while Haryana, near the Pakistani border, will house the second. Space for an additional squadron of 18 aircraft each is available at both Indian Air Force (IAF) bases, which according to the service "will cut down the induction costs of the 36 additional fighters," the Diplomat reports.

According to the Times of India, the IAF made "some presentations" on the operational need for three dozen more of the twin-engine, multirole fighters, which would be more cost effective than the proposed Sukhoi/HAL Fifth Generation Fighter Aircraft (FGFA), or Perspective Multirole Fighter (PMF), a stalled co-development project with Russia.

Armed with Scalp air-to-ground missiles, Meteor air-to-air-missiles and potentially an air-launched version of the BrahMos cruise missile, the canard delta wing Rafales have nuclear weapon capabilities and according to the IAF will be "a huge deterrent" against regional foes like Pakistan and China.

In order to maintain an advantage over Beijing and Islamabad, India purportedly needs an additional 200 to 250 medium-weight fighter jet aircraft, and the IAF currently fields 33 fighter squadrons at varying levels of operationalization. By 2027 that number is expected to increase to 42.

India’s Navy may be interested in the naval version of the Dassault Rafale fighter, which is currently used on the French aircraft carrier Charles de Gaulle.

Air Chief Marshal Arup Raha and other senior officials in the service have been pushing for more Rafales, and Raha said in a 2016 interview with the Diplomat that the fighter is "tremendously capable in all its roles. It is a multi­role aircraft and can be used very effectively. It can prove its worth in any situation."

Though "we have just ordered 36 aircraft," Raha said then, "we require more aircraft in this middle weight category to give entire spectrum of capability."

According to Dassault, the Rafale encompasses elements of flexibility, interoperability, versatility and survivability that are "relevant against both traditional and asymmetrical threats," the company’s website says. The jet also "addresses the emerging needs of the armed forces in a changing geopolitical context, and it remains at the forefront of technical innovation."