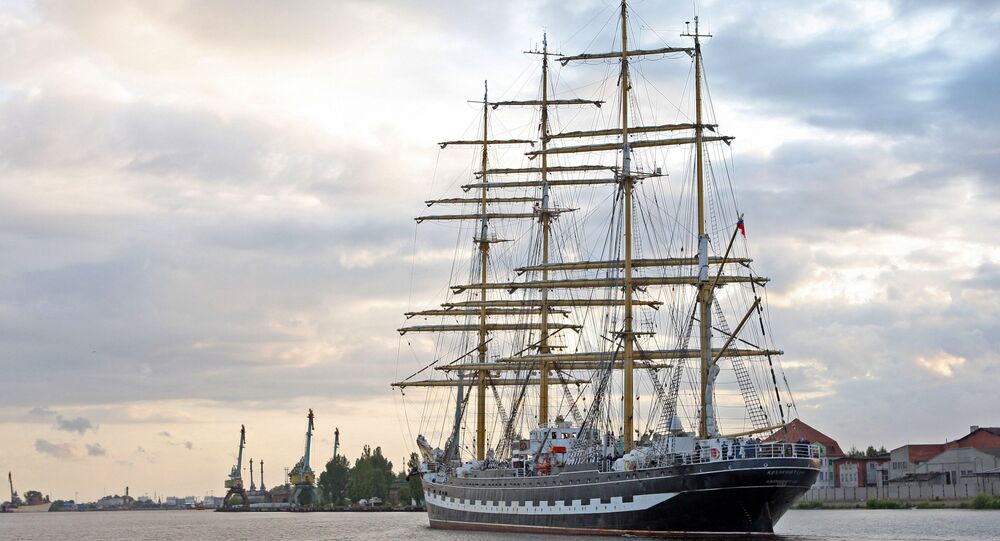 The Finnish authorities have denied Russia’s Kruzenshtern ship entry to the country’s Aland Islands in September without revealing the reasons behind the decision, local media reported Monday.

STOCKHOLM (Sputnik) — According to Hufvudstadsbladet (HBL) newspaper, Kruzenshtern with 164 students on board was set to dock at the port of Mariehamn on the Aland Islands, the country's autonomous demilitarized region, on September 18-20, and had sent a respective request to Finland. However, the request was declined.

"As Mikhail Novikov, the captain-mentor of the vessel, said, a notification has been received that there is a denial for entering a port in Finland, but the ship's command has not obtained the official document yet… There have never been any problems. During the previous voyage, the vessel docked at the port of Finland twice," head of the press service of the Baltic Fishing Fleet State Academy Irina Obraztsova said.

© AFP 2021 / MARCEL MOCHET
Historic Russian Vessels Exempt From Seizure in France
She noted that the entry denial would not affect the curriculum and the quality of the students’ voyage because the management would be able to adjust Kruzenshtern’s route.Earlier in the day, a representative of the Baltic Fishing Fleet State Academy Irina Obraztsova told Sputnik that the academy as the ship’s operator had not received any official refusal from the Finnish authorities yet.

The ship sailed from Kaliningrad earlier in August. The voyage is set to last until September 24, during which Kruzenshtern is expected to visit the ports of Germany, France, Poland, and Finland.

Kruzenshtern is a 91-year-old four-masted historical barque. It was received as part of reparations from Germany after the Second World War.