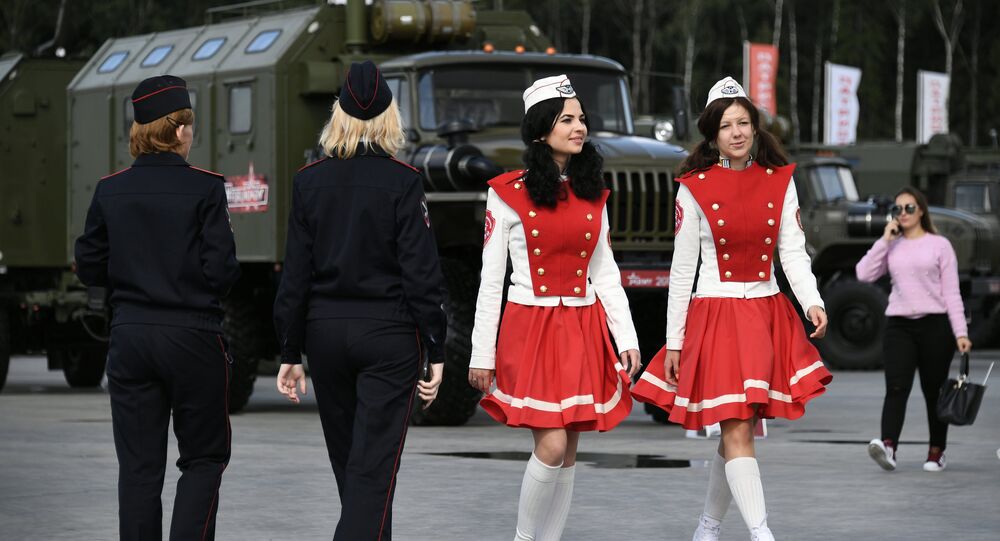 Around 30,000 people have visited the venues of the Army-2017 defense industry forum in the Russian far-eastern city of Vladivostok, the Russian Pacific Fleet spokesman said Sunday.

MOSCOW (Sputnik) — Earlier in the day, a solemn closing ceremony of the forum took place in Vladivostok.

"Around 30,000 people have visited the venues at Tsentralnaya Uglovaya airbase, the 33rd pier and the Patriot Park branch on Russky Island during the forum," Capt. 1st Rank Vladimir Matveev said, adding that the newest Steregushchiy-class corvette Sovershennyy was demonstrated to the visitors of the forum in the eastern city.

As part of the closing ceremony, awards have been given to the representatives of the defense industry, of the administration of the Eastern Military District, and of Russia's naval aviation and fleet, Matveyev added. A total of six round table discussions have been held as part of Army-2017 in Vladivostok. In addition, military recruitment stations have been operating at the event venues, providing necessary information to those interested.

The Army-2017 forum was held from August 22-27. This is the third time the event has been conducted. Alexander Mironov, the chief of the Russian Defense Ministry's directorate of science and research, said that over 300,000 people attended forum venues across Russia over four days.