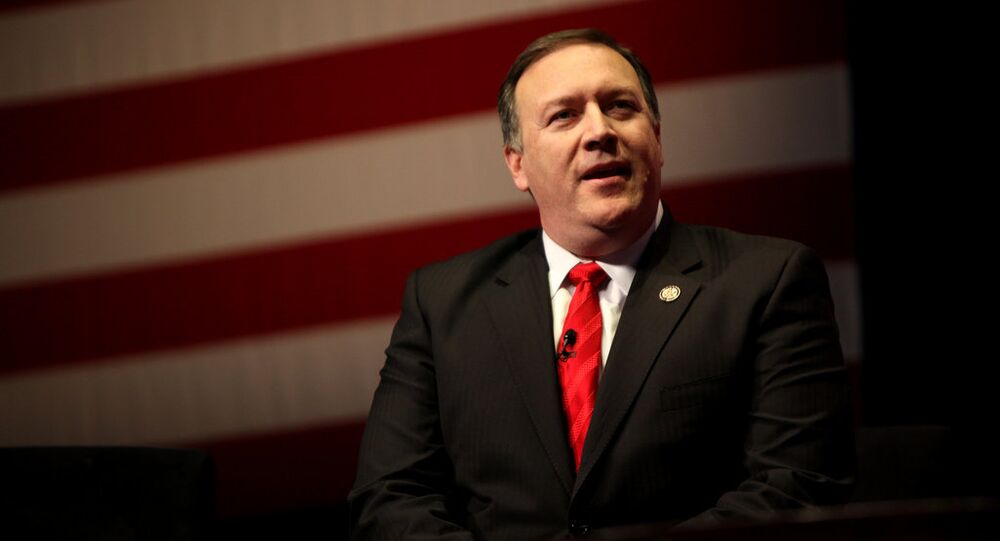 On Sputnik Radio's By Any Means Necessary, host Eugene Puryear spoke to John Kiriakou, a former CIA analyst who gained celebrity in 2007 for confirming to the press that the CIA had used waterboarding to interrogate al Qaeda prisoners. He spent more than two years of his life in prison after being convicted for violating the Intelligence Identities Protection Act by providing classified information to the New York Times for a 2008 story on the revelation.

Puryear asked about the Post article and what Kiriakou made of Pompeo's micromanagement.

"This is so unusual as to be unprecedented," replied Kiriakou. "There is an associate deputy director for operations for counterintelligence. It is that very senior officer's role to just manage the Counterintelligence Center (CIC) [which] looks for moles, looks for spies, watches the Russians and the Chinese and the Iranians and the Cubans and all the bad guys, the North Koreans, just to make sure that that they're not making inroads into the U.S. intelligence community."

"Now, in [the] present time [the CIC are] also are leading the CIA's efforts in this Russia-gate investigation. It is highly unusual for a CIA director to involve himself in an ongoing investigation. I honestly can't think of another time when this happens."

"The other reason is, Pompeo is an eminently political animal and he's not used to being a government functionary, even at this high level. He's used to being a politician — and whereas we've got a president who demands intense personal loyalty, this is a former congressman and former member of the House Permanent Select Committee on Intelligence who is willing to give that kind of intense loyalty. We should not completely and totally trust Mike Pompeo and his motivations on this issue."

Puryear mentioned that the article made note of another piece of unorthodox behaviour from Pompeo: that he was visiting the White House to meet with US President Donald Trump for several hours a day.

This too is "highly unusual" to Kiriakou. He put it into perspective by contrasting Trump to three of his predecessors: "I joined the CIA early on in the first Bush administration. President George H.W. Bush was a former CIA director, he had a true love of intelligence, and he appointed people to senior intelligence positions that he knew he could really discuss issues with down in the weeds. So his CIA directors … were at the White House every day but for an hour and it was in that hour that the president received his presidential daily brief … and that was wonderful but it was highly unusual."

"But this 'multiple hours every single day' is unprecedented — and you know that they can't be talking about the world of intelligence because this president doesn't give a whit about the world of intelligence. You know that they're talking about this issue, and it's because President Trump demands this kind of loyalty — he wants to know exactly what's going on in this investigation. The FBI is not telling him, so at the very least he's getting it from the CIA side."

Lavrov Strikes Back at CIA's Pompeo, Questions Legality of US Bases in Syria

CIA Agent: I Was Punished for Revealing Secret Base Run Like ‘College Dorm’