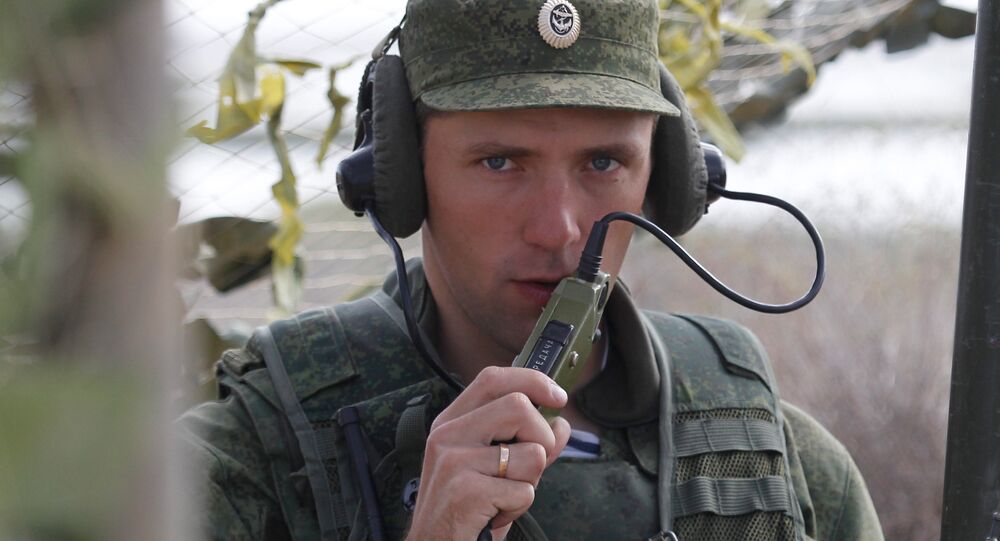 Russian military forces operating in Syria have successfully tested a new method in the organization of secure communications, using the networks of foreign telecommunications operators, Lieut Gen Khalil Arslanov, chief of the Main Communications Directorate of the Russian Armed Forces, has said.

"In the course of the military operation in Syria, we tested and implemented for the first time a new method for organizing secure communications using the networks of telecommunications operators of foreign countries," Arslanov said, speaking at a round table devoted to the experience of the Russian military in Syria on Friday.

Using this method, the command of the Russian forces in Syria was able to conduct international telephone negotiations with members of the coalition, and personnel were able to speak to relatives and loved ones, the senior officer said.

© Sputnik / Dmitriy Vinogradov
Syria Expands Territorial Control Fourfold in Two Years With Russian Help
The new method was used because Syria's fixed telecommunications network was partly destroyed by the war, making it impossible to use, Arslanov noted. "The part of the network that was operational did not satisfy the needs of the [Russian] forces in terms of capacity, while a field component was absent altogether," he said.

Prior to the Russian forces' arrival in 2015, the Syrian Army's main method of communication had been wired and trunked systems, which transmitted 90% of all communications.

However, Arslanov explained that "in the course of military operations, and during the waging of the so-called 'tunnel war', a large percentage of wired communication lines were knocked out, according to deserters with access to the schematics for the laying of cable lines."

Furthermore, much of the shortwave and microwave transmission infrastructure was also lost following government forces' defeats in the provinces of Palmyra, Deir ez Zor and Idlib.

Arslanov also said that the Russian military was also able to establish the stable operation of a communications network using satellite stations.

It was also revealed at the round table that in the course of Russia's 23 month operation in Syria, the Aerospace Forces flew approximately 28,000 sorties and inflicted 90,000 strikes against terrorist targets. Russian support has helped the Syrian Army to regain control of over 50,000 square kilometers, expanding its control over the country fourfold over the last two years.

© Photo : Russian Defense Ministry/Vadim Grishankin
Round table dedicated to the Russian armed forces' operation in the Syrian Arab Republic at the ARMY-2017 forum in Moscow region.

In addition to destroying terrorist targets directly, Russian airstrikes have targeted Daesh and Nusra command and logistics infrastructure, blocked the main routes supplying them with weapons and ammunition, and decimated Daesh's financial earnings from the sale of stolen oil.

Commenting on the future of Russia's campaign in Syria, Col. Gen. Sergei Surovikin, commander of the Russian forces in Syria, emphasized that the anti-terrorist mission will continue until the terrorists are completely eliminated.

Syria has faced a foreign-backed civil war since 2011, with forces loyal to President Bashar Assad fighting a plethora of militant factions, including Daesh and several other Islamist groups. Russia has engaged in an campaign against terrorist forces since September 30, 2015, after being invited to operate the country by President Assad.