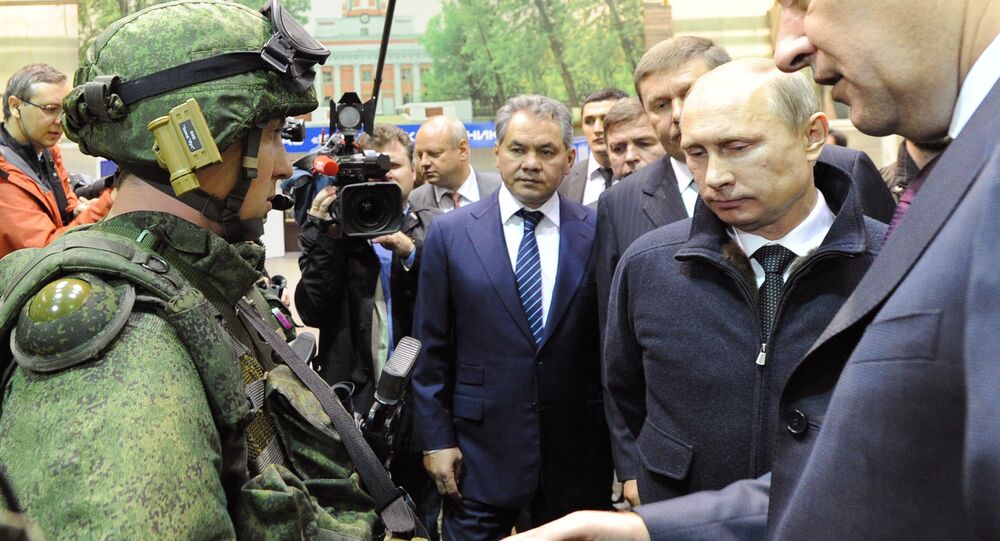 KUBINKA (Russia), (Sputnik) – Frequently referred to as a "future soldier gear," the Ratnik system is designed to improve the connectivity and combat effectiveness of combat personnel in the Russian Armed Force. The gear comprises over 50 pieces of equipment, including firearms, body armor, optical, communication and navigation devices, as well as life support and power supply systems.

"I think by 2025," Romanyuta said Friday when asked about the date of Ratnik-3 being supplied to the armed forces.

© Sputnik / Ramil Sitdikov
Future of Warfare: All You Need to Know About Russia's 'Ratnik' Combat System
The Ratnik-3 gear, which is currently being developed, will reportedly feature various integrated biomechanical tools, including exoskeleton constructions with built-in micro-climate support and a health monitoring system. In addition, in the Ratnik-3, all information and targeting data will be directly fed to a visor or protective goggles.

The gear system has been actively used in Syria by marines who are defending the Hmeymim base and by the military police units and fighters of the Special Operations Forces.