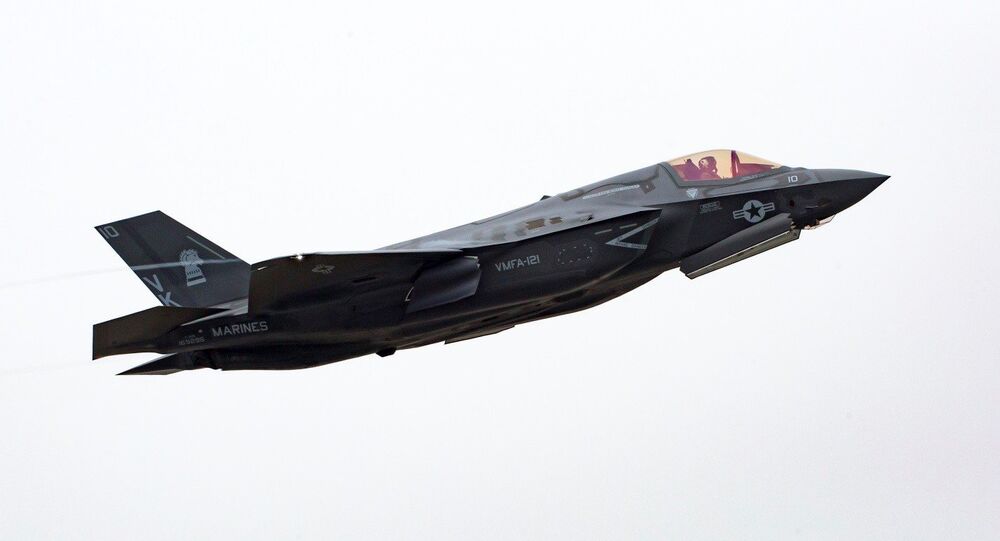 As many as 100 more F-35 joint strike fighters could be summoned to the Korean Peninsula to support allies in South Korea and Japan against the nuclear and ballistic missile threat posed by North Korea, according to recent media reports.

F-35A jets forming the US Air Force’s 34th Fighter Squadron are slated to deploy to Iwakuni, Japan, and Osan Air Force Base in Pyeongtaek, South Korea, by the end of the year, UPI reports, citing South Korea’s Yonhap News.

The F-35 force operating proximate to South Korean and Japanese airspace is poised to be strengthened by Seoul’s agreement to buy 40 of the multi-role joint strike fighters. The jets are slated for delivery by 2021, the UPI report added.

Japan has already agreed to purchase 42 F-35s from Lockheed Martin.

It should be noted, though, that there’s an ongoing investigation into top South Korean defense officials who worked for corrupt former President Park Geun-hye over the F-35 contract.

Lockheed Martin allegedly nudged top acquisition officials to choose the joint strike fighter over modified F-15SE made by Boeing in exchange for blueprints to F-35 technology that would help South Korea produce a modern, competitive and native 21st Century combat aircraft. Seoul opted for the F-35s but Lockheed never sent the promised secrets. It’s unclear whether the findings from the over-100-member prosecutorial team will impact the integrity of the $7.6 billion F-35 deal.

The fifth-generation stealth jet is infamous for its technical and mechanical problems, which seem inconsistent with the standard expected from the most expensive weapon program in US military history.

In March, the US Defense Department launched the first F-35 operations on the Korean Peninsula. Eight of the vertical-takeoff-variant F-35B fighters deployed with the US Marine Corps in Iwakuni have been stationed on the island permanently.

Japan has signed off on deals to procure a 42-aircraft cadre of conventional-takeoff F-35As. According to the Diplomat, Tokyo will announce the winner of a $40 billion fighter jet contract in the summer of 2018 as part of a plan to add 100 fifth-generation warplanes to the Japanese Air Self-Defence Force (JASDF) by the 2030s.

Up Up and Away: Performance Uncertainty, Repair Issues Drive F-35 Cost Growth