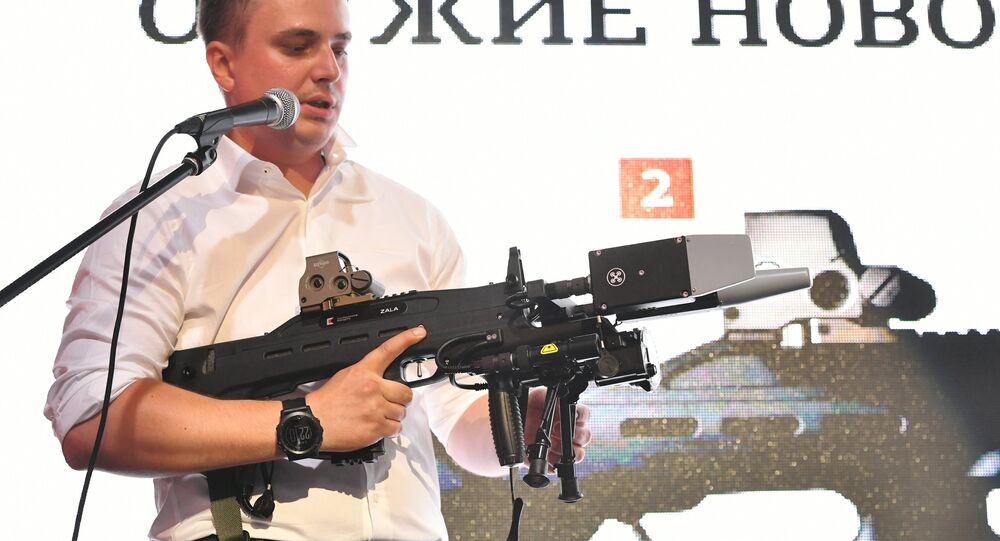 Russia’s Kalashnikov Concern has come up with the REX-1. This is a nonlethal electronic weapon capable of shooting down drones and jam mobile phone and Wi-Fi signals, deputy director of Kalashnikov subsidiary, Zala Aero Group, Konstantin Abashkin told Sputnik.

"Our team has developed a device against UAVs,” Abashkin said.

He added that the REX-1 could also be used in everyday life to ensure the owner’s privacy, and by police during rallies and other public events.

In addition, the REX-1 features a module capable of blocking GSM signals.

“It can jam GSM-signals and 5.6 and 2.4 gigahertz Wi-Fi signals. Therefore, it can also be used against homemade explosive devices,” Abashkin explained.

He mentioned a hypothetical situation where a police officer stumbles upon an unattended backpack, activates the REX-1, points it at the backpack blocking all incoming mobile phone signals and waits for the bomb disposal squad to arrive.

The Kalashnikov Concern, maker of the world-acclaimed AK-47 assault rifle and its derivatives, was created in 2013 during the merger of two Soviet-era plants, Izhmash and Izhevsk Mechanical Plant, becoming Russia’s largest producer of rifles and other weaponry.