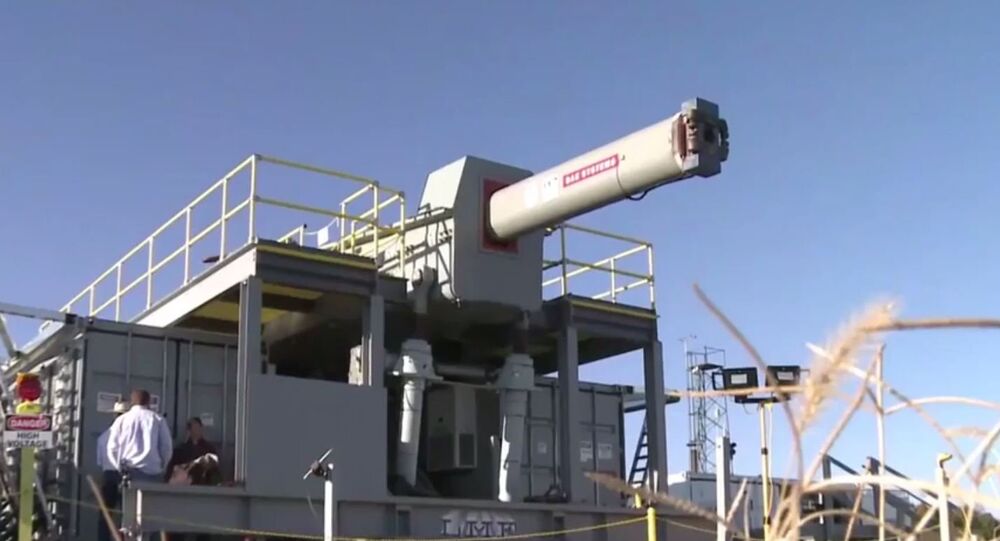 The US Navy’s electromagnetic rail gun is poised to undergo further field testing at the Naval Surface Center in the US state of Virginia.

“Initial [repetition rate of fires] of multi-shot salvos already have been successfully conducted at low muzzle energy,” according to a statement from the Office of Naval Research (ONR) provided to Scout Warrior. “The next test sequence calls for safely increasing launch energy, firing rates, and salvo size.”

The power behind the gun is difficult to fathom. ONR states that one megajoule is approximately equivalent to a one-ton truck cruising at 160 miles per hour. The US Navy hopes to test the weapon at 20 megajoules within the next couple months and then with 32 megajoules in 2018.

“Railguns and other directed energy weapons are the future of maritime superiority,” says Thomas Beutner, director of the Naval Air War and Weapons Department at ONR.

Engineers anticipate each projectile will achieve speeds of 2,000 meters per second and that the gun will pop off 10 rounds per minute, Scout Warrior reports. “Navy planners are targeting a 100+ nautical mile capability,” ONR states on its website.

The service intends to use the railgun for surface fire support, land strikes, warship defense, and general deterrence, according to ONR.