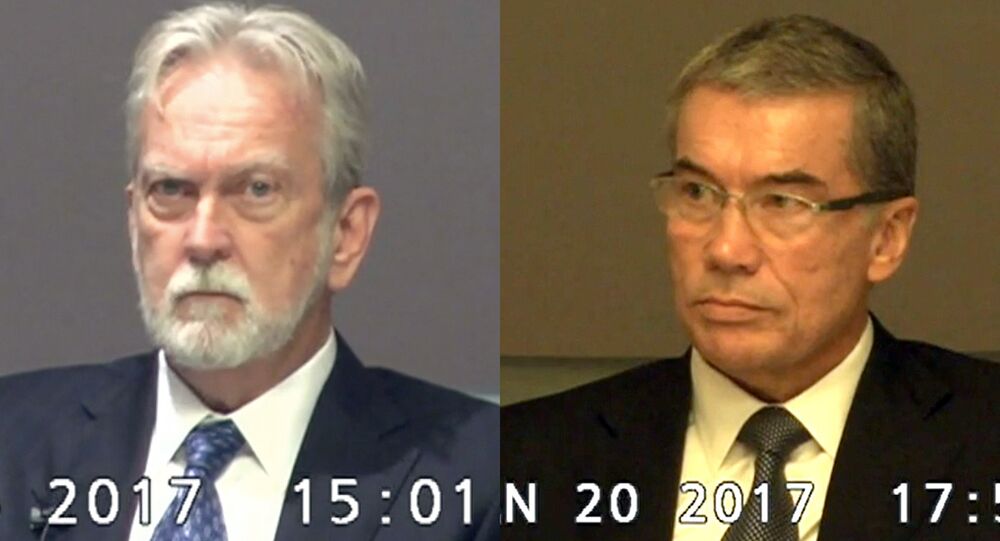 The psychologists who designed and implemented the Central Intelligence Agency's post-9/11 torture program, have settled a lawsuit brought by the American Civil Liberties Union. The move may not open the door for further prosecutions, however.

The move is a culmination of a two year battle between the pair and the ACLU, during which the plaintiffs — Suleiman Abdullah Salim, Mohamed Ahmed Ben Soud, and the family of Gul Rahman —successfully overcame the psychologists' numerous attempts to have the case dismissed, numerous secret documents were released under subpoena, and former senior CIA officials Jose Rodriguez and John Rizzo testified about the program for the first time.

​The three men were tortured and experimented on using methods developed by the CIA-contracted psychologists — Salim and Soud still bear psychological and physical scars from their ordeal, and Rahman froze to death in a secret CIA prison in Afghanistan. While the victory cannot undo their suffering, Drod Ladin, a staff attorney at the ACLU who represented the victims, celebrated the news, stating "today was a good day."

​In one much-mocked attempt to derail the action, the pair's lawyers argued that psychologists James Mitchell and John Jessen "simply did business with the CIA pursuant to their contracts" just as contractors to Nazi Germany did. The reasoning hinged on a legal principle they claimed was established in a UK military court in 1946, that even if the pair played an integral part in the supply and use of torture methods, they had no influence over the CIA's decision to use them, and thus can't be held accountable.

In that case, several representatives of Tesch & Stabenow, the chemical firm that supplied poison gas such as Zyklon B for use in Nazi concentration camps, faced prosecution for their alleged role in Adolf Hitler's Final Solution. In the end, the court judged gassing technicians at the company, while "integral part[s] of the supply and use of the poison gas" were ultimately "without influence" over whether and how the gas was used.

Shockingly, the willing Nazi comparisons did not end there — lawyers also invoked the example of Karl Rasche, a banker who loaned SS head Heinrich Himmler vast sums. Tried at the Nuremberg Trials, judges ruled that while the loan was akin to loaning "raw materials" to a builder of a house the loaner "knows will be used for an unlawful purpose," he had played no direct role in that unlawful purpose being carried out, and acquitted him. The bizarre motion was summarily dismissed by judges.

A special shout-out to our co-counsel at @GibbonsPC for their invaluable work on this historic case. https://t.co/5l0ZF7O4EJ

Mitchell and Jessen were sued under the Alien Tort Statute, for their commission of torture, cruel, inhuman, and degrading treatment, nonconsensual human experimentation and war crimes. The settlement is historic, as every previous lawsuit aimed at holding public officials involved in the CIA torture program has been dismissed.

However, while the number of people affected by the program could run to thousands — the CIA has consistently refused to disclose exactly how many individuals were involved — it may not set any precedent for other victims to follow. Previous cases have all been unsuccessful, as judges variously found the program was too secret for courts, the US Constitution did not protect prisoners from torture, and public officials were immune from liability. The case of Mitchell and Jessen is somewhat exceptional, as the pair were never CIA employees, merely civilian contractors, and as such are open to civil liability. Their settlement may nonetheless open the door for subsequent civil proceedings.

The full terms of the settlement agreement are confidential, although the defendants released a public statement acknowledging their role in the program, although they maintain the abuses of Salim and Soud occurred without their knowledge or consent and they were not responsible for those actions, and they were unaware of the specific abuses that caused Rahman's death — and are not responsible for those actions as a result. Nonetheless, the pair state it was "regrettable" the trio suffered.

© Flickr / ccdoh1
CIA Torture Masterminds Case May Allow Victims to Sue for 'Millions'
Mitchell and Jessen's remorse will likely provide little comfort to the program's numerous victims, although the payout to victims will likely be high. As the company they founded to contract with the CIA on "enhanced interrogations" earned them US$81 million according to the 2014 Senate torture report — which concluded the program was a "stain" on the US' "values and history" — they can surely afford it.

On top of designing the program itself, the duo personally waterboarded Abu Zubaydah, a detainee who effectively served as guinea pig for the various techniques that would be employed over the subsequent decade — his punishments included staying naked for lengthy periods and in stress positions, and periods of sleep deprivation lasting days. Moreover, deceased plaintiff Rahman, who died of hypothermia after being left "starved, sleepless and freezing" chained in a prison cell following extended interrogation, was grilled six times with Jessen's direct guidance and involvement.

In Mitchell's 2016 book, Enhanced Interrogation: Inside the Minds and Motives of the Islamic Terrorists Trying to Destroy America, he described himself as the "architect" of the torture program, and said his mission was to utilize corrosive methods to instil fear and despair in detainees.

However, the Senate report makes clear the program was not an effective means of acquiring intelligence or gaining cooperation from detainees, and the agency's justification for the use of its enhanced interrogation techniques rested on inaccurate claims — interrogations of detainees were far worse, and conditions much harsher, than the CIA represented to policymakers and others. Inaccurate information was also repeatedly provided to the Department of Justice, impeding proper analysis of the program.