It has been reported the US Central Intelligence Agency warned Spanish authorities in May Barcelona's famous tourist magnet Las Ramblas could be a terror target. While a terrorism expert has told Sputnik the attack follows a predictable pattern, suggestions of official foreknowledge have become a staple of major extremist attacks.

The August 17 attack on revellers at Las Ramblas, which killed at least 14 people and injured over 100, shocked the world —  but for many, it may not have been entirely surprising. For one, the area is perhaps an ideal location for a mass-casualty attack, a wide avenue pedestrianized in the middle, with driving lanes either side, allowing any hostile vehicle to easily mount the pavement and quickly inflict significant brutality.

Spanish authorities have undertaken significant efforts to tackle extremism within and without the country's borders since the 2004 Madrid bombings, but Professor Greg Barton, a terrorism expert at Deakin University, says  it's "inevitable" an attack will slip through authorities' web from time to time.

"Authorities in Barcelona have long been saying it's a matter of when, not if — around 200 extremists with Daesh links have been arrested in Spain in the last four years. There's also long history of extremist connections between Spain and Morocco, and links between foreign nationals in European countries and terror groups in the Middle East and Africa. This attack follows a familiar pattern — but it's still shocking whenever something like this occurs," Professor Barton told Sputnik. 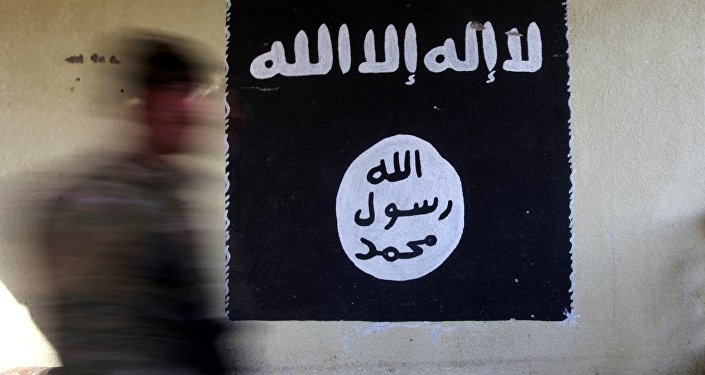 © REUTERS / Alaa Al-Marjani
'Don't Put Daesh and Basque Nationalists in the Same Basket': Here Is Why
Daesh's proverbial crosshairs have long been pointed at Spain — the group has repeatedly threatened the country with attacks due to its membership of the US-led anti-Daesh coalition, currently engaged in a protracted bombing campaign against the group's remaining positions in Iraq and Syria, and has gone as far as establishing Spanish language channels on social media networks. The jihadi movement also seeks to reimpose Islam in previously Muslim-ruled areas of the world — Spain and Portugal were previously governed by Muslim caliphs in medieval times, under the auspices of "Al-Andalus."

Plowing a vehicle into civilians has been dubbed a "nightmare scenario" for intelligence services —  after all, to carry out such an attack an individual merely requires access to a suitable vehicle, and rudimentary driving skills.

Professor Barton says that while attacks using civilian vehicles can be hard to avert, preventive actions — such as installing bollards, to ensure vehicles can't enter an area at an injurious velocity — can be taken by authorities. Nonetheless, he suggests the "first line of defense" is human intelligence.

"In future, we'll just have to accept pedestrian areas are interrupted by such objects, although after a while we'll stop noticing — but fighting terror really depends on human intelligence, and the relationship of trust between communities. Muslim community leaders are absolutely central to security — they work tirelessly behind the scenes, identifying signs of trouble, speaking up even with loved ones when they have concerns. It's not about creating a Big Brother state, it's about trying to prevent cynical manipulation and recruitment," he concludes.

© AFP 2019 / Josep LAGO
A policemen and a medical staff member stand past police cars and an ambulance in a cordoned off area after a van ploughed into the crowd, injuring several persons on the Rambla in Barcelona on August 17, 2017

However, beyond the street's facilitative environs and Daesh's history of saber rattling directed at Spain, Barcelona authorities may have had more concrete reasons for regarding Las Ramblas as a prospective target — reports suggest in May US intelligence officials told Mossos d'Esquadra, Catalonia's regional police force, radical Islamists could be planning to carry out an attack in the street. 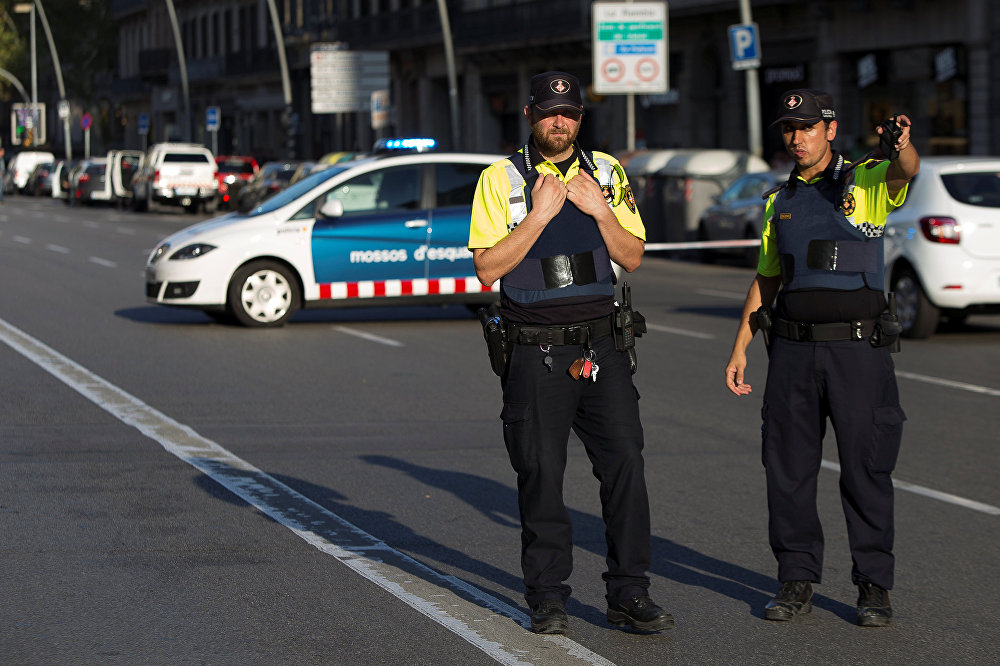 © REUTERS / Stringer
Police cordon off the area after a van crashed into pedestrians near the Las Ramblas avenue in central Barcelona, Spain August 17, 2017

Official foreknowledge is an almost invariable facet of major terrorist attacks in the West — for instance, there are strong suggestions Berlin truck attacker Anis Amri's December strike was known about well in advance by the Bundesnachrichtendienst (BND).

Before the 24-year-old Tunisian came to Germany, he spent four years in prison in Sicily for arson, where his radicalization was documented by staff — prison police subsequently circulated an extensive report regarding Amri's "readiness to conduct Islamist terror" to other European intelligence and law enforcement agencies via Europol. Once Amri reached Germany, he joined an Islamist group led by preacher Abu Walaa, which had been penetrated by German intelligence. The BND knew some of its members were preparing to fight for Daesh in Iraq and Syria or carry out terrorist acts in Germany, and that Amri had participated in  training exercises and talked about carrying out attacks.

Amri's telephone calls and internet chats were also monitored, and he was subject to constant surveillance — his incendiary discussions with likeminded individuals led the agency to place him on the national terrorist risk register. His entry stated he was seeking to recruit people in Germany to commit Islamist motivated attacks.