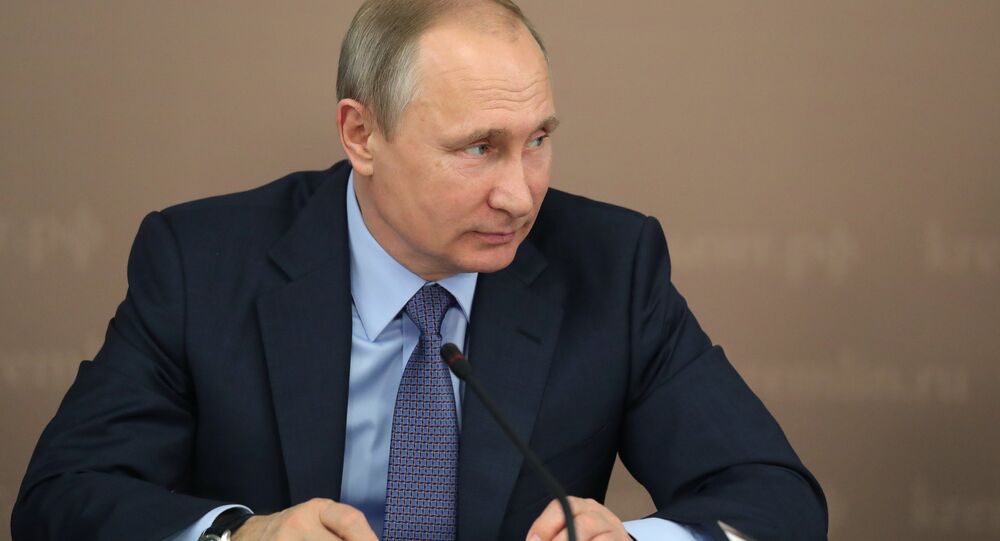 Russian President Vladimir Putin said Wednesday that Russia's defense spending in 2018 will be reduced, though the plans to renovate the country's military will remain in place.

NOVO-OGARYOVO (Sputnik) — Russia's federal budget for 2018 envisions a reduction in defense spending, but this will not affect the plans to re-equip the army and navy, Putin said Tuesday at a working meeting with United Russia ruling party faction leader Vladimir Vasilyev.

"I want to remind you that significant budget savings for the next year are stipulated, by the way, due to a cut in defense spending. This is not connected with the reduction of our plans to refit the army and navy. We will execute the state defense order and will make a new program," Putin said.

© Sputnik / Ramil Sitdikov
Russia to Boost Iraqi Army Potential With Upcoming Supplies of T-90 Battle Tanks
Putin stressed that every ascpect of the country's 2018 budget should be carefully considered in the State Duma during the preparation process.

"This concerns defense, security, it concerns the economy, supporting the economy, the social sphere, health care, the level of wages, citizens' incomes, especially in the budgetary sphere, according to the so-called "unspecified"categories of citizens. I ask you to pay attention to this, "Putin said.

© Sputnik / Grigoriy Sisoev
Against All Odds: Russian Economy on the Rise Despite New US Sanctions
Vasilyev noted that working on the 2017 budget law was not easy, but lawmakers managed to fulfill the goals set by the president.

In late July, Prime Minister Dmitry Medvedev held a meeting on budget defense spending in the next three years. The head of government recalled that the three-year budget is being formed in such a way as to complete the state program of armament until 2020, and also to make possible the implementation of a new program that is being developed. Medvedev, that the re-equipment of the army and navy is on schedule.