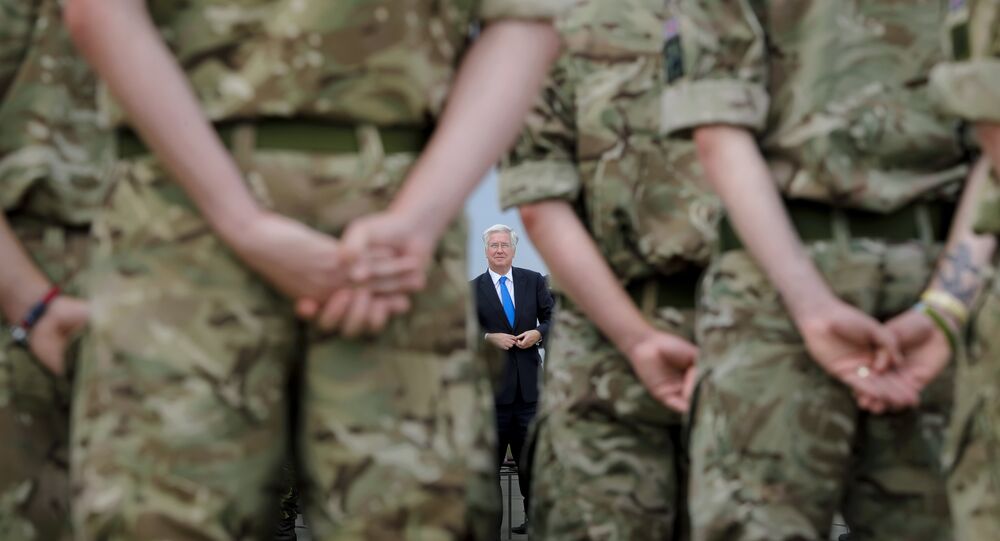 Seventeen UK army instructors, thought to be veterans of Afghanistan and Iraq - face 40 charges of battery, ill-treatment and actual bodily harm directed at teenage recruits at a training facility in Kirkcudbright, Scotland. The exposure comes as the UK desperately strives to beef up its dwindling troop numbers.

The instructors, who deny all wrongdoing, are alleged to have punched and kicked six 17-year-old victims, used their boots to push their heads underwater and smeared cow and sheep dung over their faces and into their mouths.

Recruits reported the abuse a few weeks later, and a military police investigation was launched, which took three years to complete and cost in excess of one million US dollars.

The alleged abuse took place in 2014, when the veterans accompanied about 200 recruits to Kirkcudbright. They face jail if found guilty.

An army spokesperson confirmed 17 former recruit instructors face court martial proceedings at Bulford Military Court Centre in September, although as the cases were subject to judicial consideration they declined to comment further.

Commenting in a mainstream media interview, former British army commander in Afghanistan Colonel Richard Kemp said he'd never heard of a case of "this scale," and if the charges were proven, it would "certainly be detrimental" to UK military recruitment efforts.

"I am incredulous as well as surprised. While there must be some aggression in recruit training, what's alleged goes far beyond what is acceptable," he added.

The instructors hailed from the UK military training facility in Harrogate, the country's sole training base for recruits aged 16-17. The college was the subject of a 2016 mainstream documentary, Real Recruits: Squaddies at 16, largely commissioned as a result of the army's failure to attract younger recruits.

© AP Photo / Vadim Ghirda
UK Armed Forces Face 'Very Dangerous Crisis' as Troop Numbers Fall Below 80,000
The revelation could perhaps not come at a worse time for military recruitment, given July UK army personnel statistics show the number of fully trained soldiers in its ranks has dropped below a previous "trained strength" target of 82,000 to 78,010 — a shortfall of 3,990 fully trained troops, and the lowest total since the 18th century. There are even suggestions the figures could covertly underplay the true scale of the forces' sizes, as the government has redefined the term "trained soldiers" to allow many reservists to be counted in the forces' "trained strength" numbers.

Critics have suggested the UK military faces a "potentially very, very dangerous crisis" as a result.

For instance, Conservative MP Bob Stewart, a former United Nations commander, has described the size of the armed forces as "laughable" and "disgraceful."

Moreover, the news follows not long after disturbing photos of sexual abuse at the RAF's Mount Alice base in the Falklands were released. The pictures showed senior male officers completely nude, save for yellow rubber gloves obscuring their genitals, holding 21-year-old Rebecca Crookshank — the only woman among 28 men at the base — in a series of compromising sexual positions.