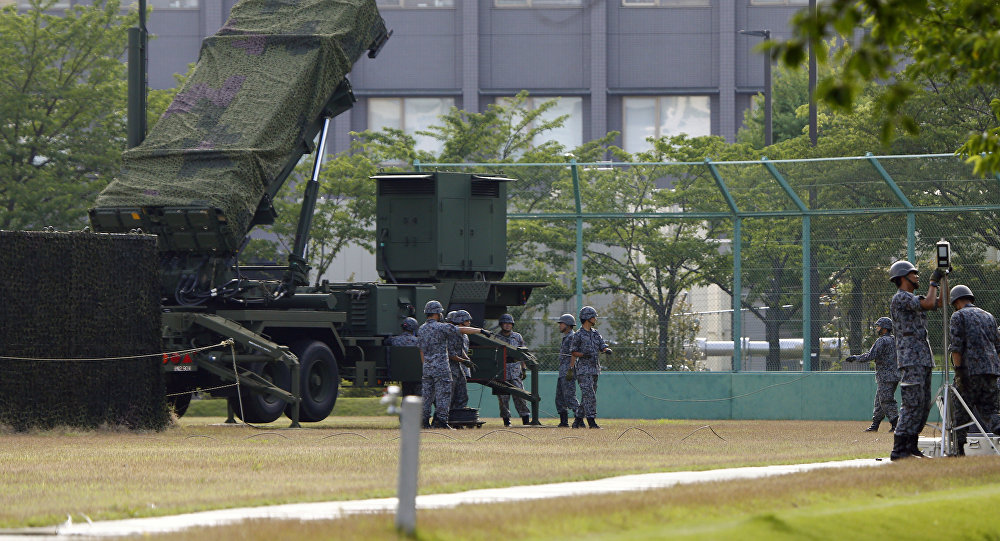 Patriot Advanced Capability-3 (PAC-3) surface-to-air, anti-missile systems will be deployed by Japan on August 12 in the four prefectures over which North Korea's ballistic missiles could potentially fly in the event of an attack near the Pacific island of Guam, local media reported Friday.

TOKYO (Sputnik) — North Korea’s military said Wednesday that it was considering a missile attack near the US territory of Guam after President Donald Trump threatened Pyongyang with "fire and fury." Guam is home to several US military bases.

On Thursday, Japan's Defense Minister Itsunori Onodera said his country could strike down North Korean missiles fired toward Guam if they passed over Japanese territory.

Kyodo news agency reported that the PAC-3 systems will be deployed in the Shimane, Hiroshima, Ehime and Kochi prefectures.

Other Japanese media reported Friday, that a total of 34 PAC-3 systems are currently deployed in Japan, but as their action radius covered several dozen miles, there were still a number of unprotected areas in Japan, including the prefectures in which the anti-missile systems will be installed on Saturday.