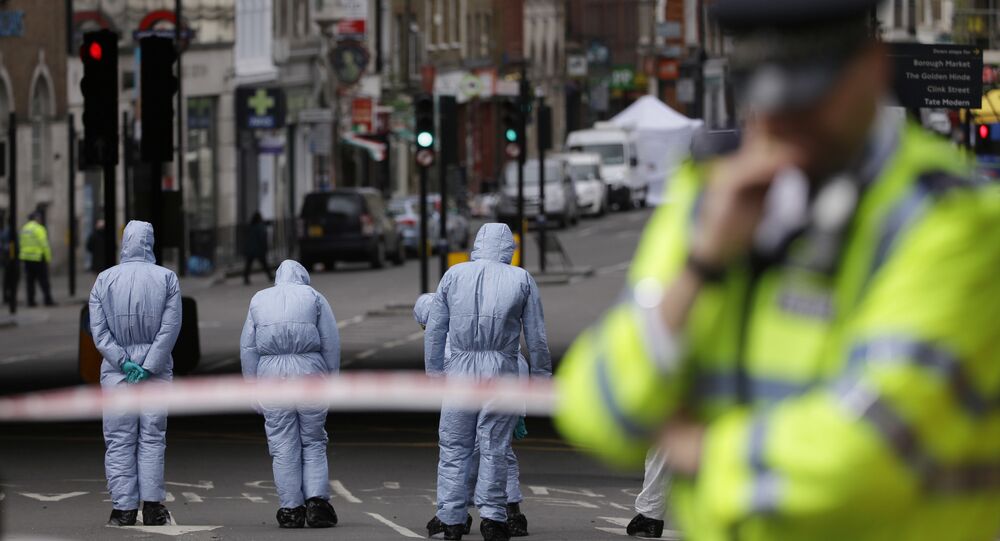 The threat of Islamic extremist terror is likely to continue to bedevil the UK for decades, the former head of MI5 has warned. Jonathan Evans, who stepped down as Director General of the spy agency in 2013, described the threat as a "generational problem" which will take decades to tackle effectively.

Speaking in a mainstream radio interview, Evans, a crossbench peer in the House of Lords, said the UK was "at least 20 years" into the terrorism trend, and his guess was the country would still be dealing with the issue in another 20 years time.

"I think this is genuinely a generational problem. When I left MI5, if I had been asked, I would have said that I thought that we probably were over the worst of the al-Qaeda threat. [Then came] the emergence of [Daesh] with the same ideology and many of the same people. We are going to be facing 20, 30 years of terrorist threats and therefore need absolutely critically to persevere and just keep doing it," Evans said.

Evans added that the 7/7 London bombings had an "energizing effect" on the extremist networks in the UK, and the March Westminster Bridge attack may have had much the same impact. Since the latter, there have been major strikes attacks in Manchester, London Bridge and Finsbury Park.

"We did see a huge upsurge in threat intelligence after July 7 and I suspect that there's the same sort of feeling in the period after the Westminster Bridge attack — a lot of people who thought 'I'd like to do this' suddenly decided 'yep, if they can do it, then I can do it ' " he explained.

It's impossible to know whether Evans' forecast is correct, or indeed whether terrorism is cyclical. Moreover, it's unclear what the former MI5 head honcho had in mind when he spoke of "facing" the terror threat — although if as his comments implied, this means the UK continuing down the road it has been since the 9/11 attacks, Islamic terror attacks could be grotesque staples of everyday British life for far longer than a few decades.

One of the primary ways the UK has sought to combat terrorism is via stringent, dedicated legislation. These laws have created many new criminal offenses, with harsh corresponding sentences, but have demonstrably failed to prevent many major attacks. Moreover, critics suggest such laws may in fact actively play into the hands of terrorists.

"Much counterterrorism legislation is dangerously over-broad and has affected vast numbers of people, in particular peaceful protesters and ethnic minority groups, thereby undermining civil liberties and fundamental human rights. The worst excesses include indefinite detention without charge of foreign nationals if suspected of involvement in terrorism, control orders imposing severe and intrusive prohibitions, including indefinite house arrest for up to 16 hours a day without charge, and allowing for 14-day detention without charge — the longest period of any comparable democracy," campaign group Liberty have observed.

Another approach has been an aggressive foreign policy, directed at states alleged to harbor and/or fund terrorists, which has seen many countries invaded and bombed since 2001, and intelligence services the world over are clear this strategy has in fact greatly increased the terror threat.

For instance, in 2003, the Joint Intelligence Committee warned Tony Blair's government that invading Iraq would "increase significantly" the threat of terror attacks from both individuals and groups.

© AFP 2021 / Nicholas Asfouri
Opponents of the US-led war on Iraq demonstrate en masse in central London 15 February 2003 as tens of thousands of anti-war demonstrators around the world took the streets.

The next year, the UK government published a report, Young Muslims and Extremism, which addressed the role of Western foreign policy as a source of anger among many British Muslims, and how the UK was perceived as an oppressive force in countries such as Iraq and Afghanistan.

"A particularly strong cause of disillusionment amongst Muslims, including young Muslims, is a perceived 'double standard' in the foreign policy of Western governments (and often those of Muslim governments), in particular Britain and the US. Disillusionment may contribute to a sense of helplessness with regard to the situation of Muslims in the world, with a lack of any tangible 'pressure valves', in order to vent frustrations, anger or dissent," the report said.

The year after, mere weeks prior to the 7/7 attacks, the Joint Terrorism Analysis Centre issued another warning to the Blair government, which stated events in Iraq "are continuing to act as motivation and a focus of a range of terrorist-related activity in the UK."

© AP Photo / Jane Mingay, File
A July 7, 2005, file photo of Paul Dadge, right, as helps injured tube passenger Davinia Turrell away from Edgware Road tube station in London following an explosion.
Perhaps most damningly, Evans' immediate predecessor as MI5 Director General, Eliza Manningham-Buller, gave a lecture in 2011 that made explicit the connection between the invasion of Iraq and the July 7 tragedy.

"[The invasion of Iraq] increased the terrorist threat by convincing more people Osama Bin Laden's claim that Islam was under attack was correct. It provided an arena for the jihad for which he had called, so that many of his supporters, including British citizens, traveled to Iraq to attack Western forces. It also showed very clearly that foreign and domestic policy are intertwined. Actions overseas have an impact at home. And our involvement in Iraq spurred some young British Muslims to turn to terror," she said.

​Other comments made by Evans were, however, arguably more constructive — on the subject of encryption, he said he did not wish to see the messaging provision weakened.

"While understandably there is very acute concern about counterterrorism, it's not the only national security threat that we face. Cyberspace is being used by criminals, and by governments, which is a potential threat to the UK's interests more widely, and it's very important we should be seen and be a country where people can operate securely. That's very important for our commercial interests, as well as our national security interests, so encryption is very positive," he said.