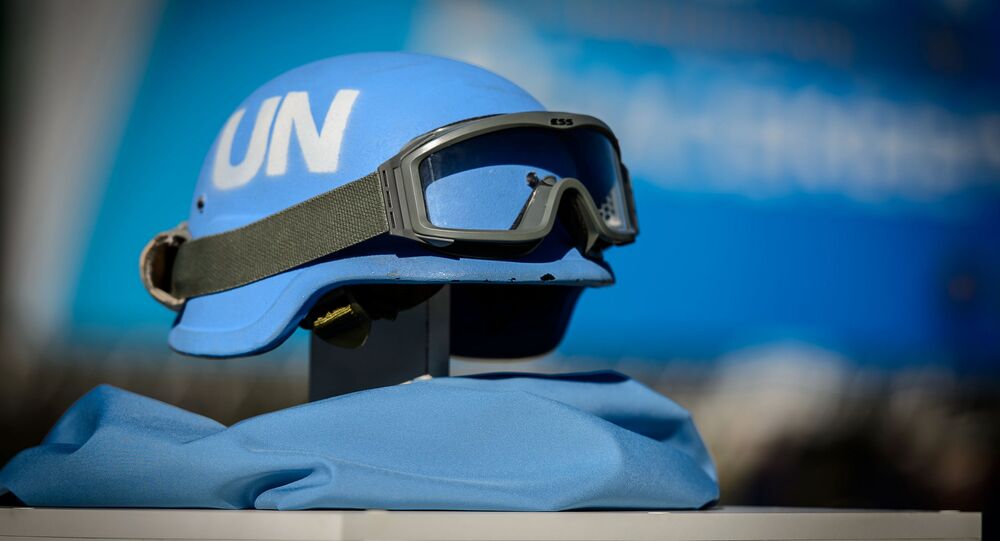 United Nations peacekeepers, deployed all over the world "to help countries torn by conflict," have faced much criticism over the recent years, with numerous allegations of rape and sexual abuse by troops in countries such as the Democratic Republic of the Congo and the Central African Republic emerging.

According to the UN, peacekeeping — a role held by the Department of Peacekeeping Operations — is "a unique and dynamic instrument developed by the organization as a way to help countries torn by conflict to create the conditions for lasting peace."

However the peacekeeping forces deployed by the UN have come under increasing scrutiny in recent years.

Allegations of sexual abuse by troops deployed in countries such as the Democratic Republic of the Congo and the Central African Republic. Between 2004 and 2016 the UN received almost 2,000 allegations of sexual exploitation and abuse against its peacekeepers.

The UN says that it has a zero tolerance of sexual assault, however activists and campaigners believe that some crimes have been allowed to continue.

Many are calling for a change to how peacekeepers are deployed, ensuring only those who have the highest standard of discipline are sent.

UN SG released his report on Special Measures for Protection from Sexual Exploitation and Abuse: A New Approach for consideration by… pic.twitter.com/kC5Z9lq7E6

​Patrick Hajayandi, who works for the Institute for Justice and Reconciliation and is the senior project leader for the Great Lakes region in Africa, believes the UN needs to look at how troops are prepared for and conduct their missions once on the ground, because being sent on a peacekeeping mission means meeting a very high set of requirements.

"If there is any record of abuse or human rights violation this should be taken into account and such a person should not be on the team. If there is a situation in which UN peacekeepers have been included in sexual or human rights abuses, there should be zero tolerance for such crimes and there should be clear action taken against those who are committing them in order to make sure that the one who committed the crime is accountable, but also to deter other peacekeepers from doing the same in the future," Mr. Hajayandi told Sputnik.

These comments were echoed by Fred Carver, head of policy at the United Nations Association in the UK, who said that the current process is a reactive one, and the UN is looking to change this.

"The moment that an allegation is made against a certain troop or mission, then at that point there is an investigation and it is determined if those troops and that contingent are appropriate to be serving as peacekeepers — if not, they are sent home. But that's all retrospective and what we have got to get to is a process where troops aren't sent out unless they have the correct standards of discipline. If there are allegations of abuse, they can be prosecuted. At the moment it is reactive and not proactive," Mr. Carver told Sputnik.

Mr. Hajayandi said that there is a serious problem if the abuse is recurring as it means that there has been a certain lack of accountability on behalf of the UN.

"People who commit such crimes should be referred to the International Criminal Court (ICC), and I think this will be a deterring factor that will reduce the cases of abuse and rape that we have been observing over the past year," Mr. Hajayandi told Sputnik.

​Mr. Carver said that the UN is looking at how victims are being treated and currents efforts are "not enough."

"I think one of the best parts of the Security General's [Antonio Guterres] report, which he released in February 2017, was the part that addressed this question, and he called for an office of support to be set up. I think that's vital. Appointing someone in a New York office as a victims' champion is not the same as listening to victims, but appointing people attached to these missions, whose job it is to talk to victims, survivors and people who have been affected by abuse, is a vital part of that," Mr. Carver told Sputnik.

"I think there should be a clear program in the UN and something dedicated to helping these women, not only in compensation, but in taking care of them. There should be medical care and psychological assistance. If there has been a woman that has been raped, they tend to be isolated from within their communities or they can be stigmatized in many ways, and those are also some of the problems that the UN should be addressing," Mr. Hajayandi said.

"They need to take into account all those problems, so that the person who has suffered is fully restored and feels like a human being again. What the abuse does is rob them of their dignity and make them feel as if they are not members of their communities any more," Mr. Hajayandi concluded.