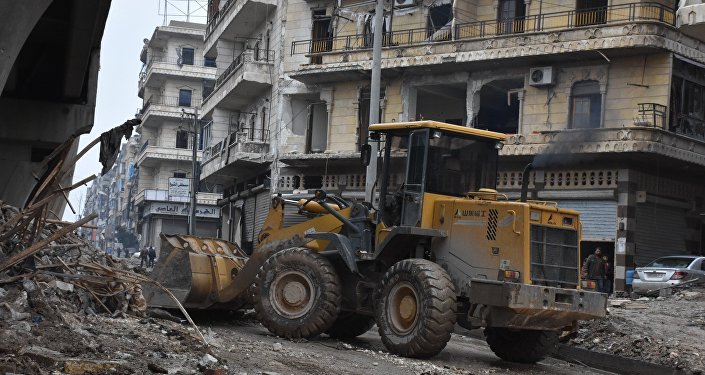 © AFP 2019 / George OURFALIAN
Russian Support to Promote Settling Crisis in Syria - Syrian Opposition Figure
MOSCOW (Sputnik) — According to the statement, a new organization consisting of representatives of all the liberated areas in the vicinity of the northern part of Homs and in southern suburbs of Hama established a committee to discuss an accord on the de-escalation zone reached in Cairo by the representatives of the Russian Defense Ministry and moderate Syrian opposition.