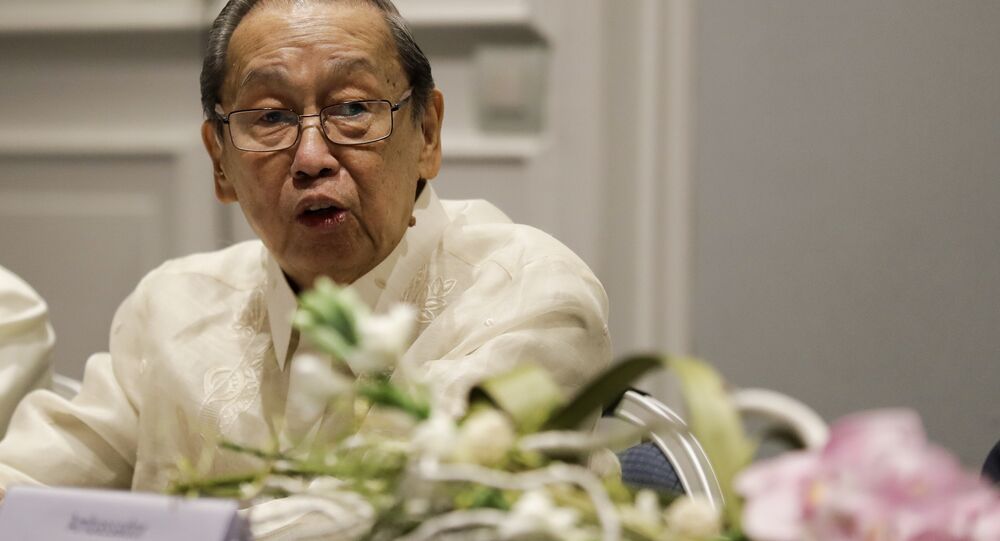 The Philippines National Democratic Front has alleged the US Central Intelligence Agency and the Armed Forces of the Philippines (AFP) have been plotting to kill exiled Communist Party founder Jose Maria Sison, and overthrow President Rodrigo Duterte. If true, it won't be the first time the US has sought to meddle in the country's affairs.

The NDF claim military officers, who are assets of the CIA and close to AFP chief General Eduardo Ano, were engaged in a "two-stage" plot. The first step would see the dispatch of a hit team to Sison's Netherlands home, comprised of elite AFP forces disguised as disaffected dropouts from the New People's Army, to take out the dissident.

The second would result in the overthrow Duterte, ostensibly for violating human rights in his ongoing "War on Drugs and Criminality" in the country, but in reality for veering towards Russia and China in international affairs.

Armed Forces chiefs have however dismissed the "preposterous" allegations, claiming they are "propaganda" aimed at gaining "sympathy" for Duterte and engendering "anti-US" sentiment in the country.

Whatever the truth of the matter, it's no secret relations between the Philippines and US have soured significantly under Duterte's rule.

© AP Photo / Aaron Favila
Philippine President Rodrigo Duterte gestures as he answers questions from reporters during a press conference
Not long after the President lly assumed office June 2016, he suggested US special forces cease operations in the country, and leave.

In September, he called for an end to the Philippines' joint military exercises with the US, and in October signalled he was shifting the country's foreign policy focus to China and Russia.

The US rarely welcomes such independence in its allies, although in the Philippines such actions are likely considered extremely egregious — the country was from 1989-1946 a colony of the US Empire. The territory fell into US hands after Spain's defeat in the Spanish-American War — locals, hitherto engaged in a bitter independence struggle with their Spanish rulers, turned their insurrectionary attentions to the US invaders, resulting in the Philippine-American War. The conflict, which ended in a resounding US victory, wrought extensive damage and death on the islands.

While granted independence in the wake of World War II, the country has served ever since as a key staging ground for US military and intelligence actions, both covert and overt, throughout Asia. The CIA has maintained a strong presence in the Philippines almost as long as it has existed — and US military bases continue to dot the landscape.

Moreover, it has served as an effective laboratory for the testing of warfare techniques — military, psychological and otherwise — for use elsewhere. For much of the 1950s, the Philippines government, backed by US forces, battled against the "Huk" rebellion internally — once defeated, many of the tactics that had proved effective were put to use in the Vietnam War, and local rebellions throughout Latin America.

Venezuela's Constituent Assembly Moves Forward: Opposition in Disarray
Moreover, while it is often claimed by the US covert overthrows of foreign governments were a Cold War staple, no longer practised by the CIA, recent developments in Venezuela and elsewhere suggest coup d'etat very much remain pivotal in the US' practical foreign policy arsenal.

In August, ​US Secretary of State Rex Tillerson warned of "regime change" in Caracas, and in July CIA Director Mike Pompeo acknowledged the US was working to remove Maduro's government from power.

It's not merely in Venezuela the US is accused of destabilizing elected governments. Bolivian President Evo Morales has alleged the US government gave at least US$4 million dollars to anti-government separatist groups from 2006-2009, in response to Morales' land reform and nationalization programs.