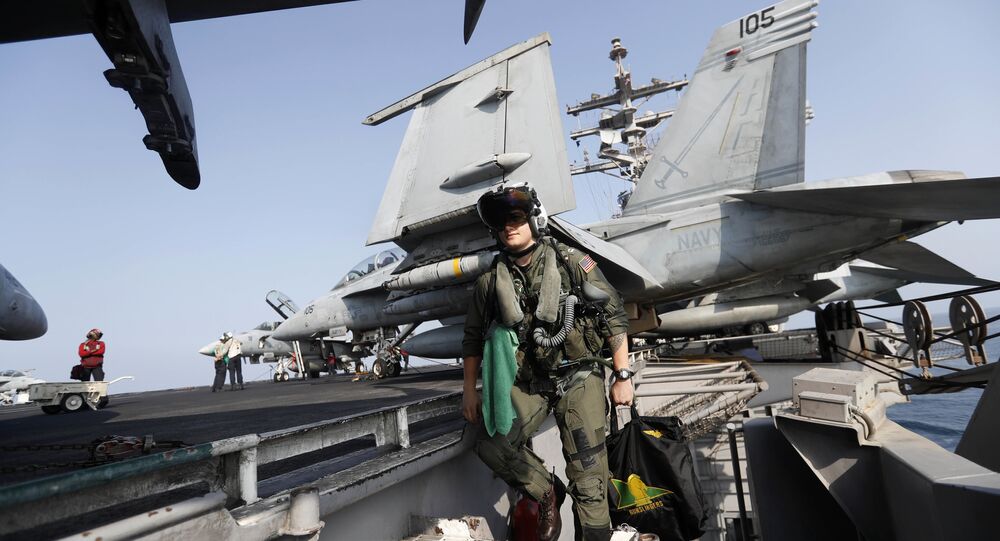 US military supplier General Dynamics won more than $23 million for enhancements to the Dwight D. Eisenhower aircraft carrier, according to the Pentagon.

"General Dynamics National Steel and Shipbuilding Co., Norfolk, Virginia, is being awarded a $23,931,868… contract for the USS Dwight D. Eisenhower (CVN 69) fiscal 2017 planned incremental availability (PIA)," the release said on Monday. "The PIA includes the planning and execution of depot-level maintenance, alterations, and modifications that will update and improve the ship’s military and technical capabilities."

The PIA is designed to ensure the 50-year service life of an aircraft carrier by putting the ship in dry dock for fixed period of roughly seven month, according to published US Navy reports. During this time ship-wide maintenance and modernization takes place.

Work is expected to be completed by March 2018.