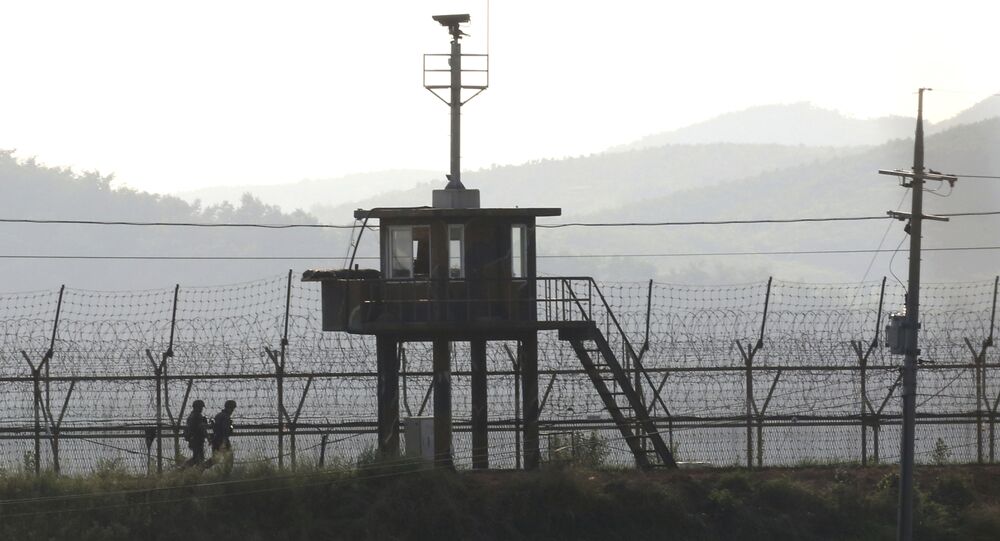 The live-fire drills were held by the 6th brigade and the Northwest Islands Defense Command, tasked with defending Seoul’s Yellow Sea islands, and featured 2.75-inch rockets carried by AH-1S Cobra attack helicopters, according to the Marine Corps.

According to one South Korean Marine official, the exercises were "Conducted in our waters south of the Northern Limit Line (NLL)," Yonhap reports. "It was a regular training to improve proficiency in combat … In accordance with existing procedures, we informed North Korea of the training plan in advance through the UN Command Military Armistice Commission."

Tensions on the Korean Peninsula have increased since the Democratic People’s Republic of Korea (DPRK) rattled nations around the globe by conducting what some international observers believe were two intercontinental ballistic missile (ICBM) tests in July.

Following the second launch, the state-run Korea Central News Agency (KCNA) wrote, "The test-fire reconfirmed the reliability of the ICBM system, demonstrated the capability of making a surprise launch of the ICBM in any region and place any time, and clearly proved that the whole US mainland is in the firing range of [North Korea]," according to the Telegraph.

The UN Security Council voted unanimously on Saturday to impose sanctions on the DPRK after the launches, attempting to slow down its provocations by cutting a third out of its $3 billion annual export revenue.

South Korean Defense Minister Song Young-moo told a press conference at the time of the vote that Seoul would take "independent measures" to curb the North’s nuclear proliferation "as soon as possible."

Some analysts feel that the sanctions will only trigger another test by the North, and officials in Washington are talking about the possibility of using a "military option" in response to Pyongyang’s recalcitrance.

US President Donald Trump released a statement after the second launch saying that  Washington "will take all necessary steps to ensure the security of the American homeland and protect our allies in the region."