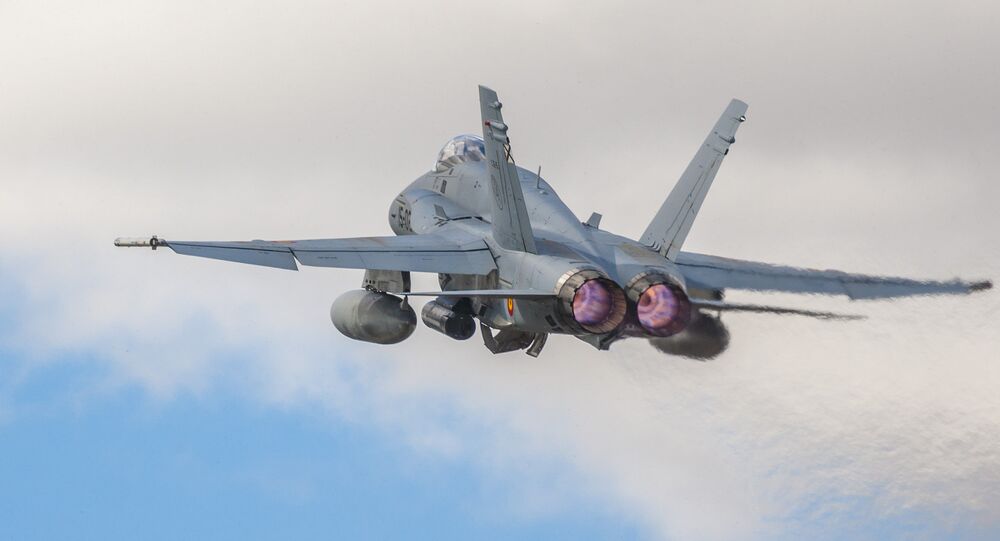 Don't Do as I Do: NATO Continues to Ignore Its Military Blunders

Even though a pair of NATO fighter jets violated Finnish airspace during an intercept mission, the military alliance’s officials opted to downplay this incident and treat it as a minor mistake.

© REUTERS / US Navy/Handout via Reuters
US, Russian Navies Meet to Discuss Maritime Intercepts, Preventing Incidents
Earlier on August 1 a pair of Spanish F/A-18 Hornet fighter jets was scrambled from Estonia's Amari Airbase to intercept two Russian MiG-31 Foxhound fighter jets and an An-26 Curl military transport aircraft as they carried out a planned training flight over the neutral waters of the Baltic Sea.

During the intercept, however, the two Hornets ended up violating Finnish airspace, although NATO spokesman Dylan P. White claimed it was merely an accident.

Russian analyst Boris Rozhin pointed out to Radio Sputnik that NATO generally prefers to ignore its blunders but is always eager to blast Russia for every transgression imaginable.

"It’s obvious that by fanning up the military hysteria regarding the upcoming Russian-Belarus drills, NATO tends to forget that it operates in the area that contains neutral states and not just the bloc’s allies. So obviously NATO doesn’t like admitting such mistakes and prefers to ignore them. But if Russia does something wrong somewhere, they would present it as an unprecedented violation of international law, other countries’ sovereignty and the like," Rozhin said.

He also remarked that this is hardly the first such incident, and that similar aerial intercepts will likely continue to take place.

"When the West-2017 drills enter their active phase, such incidents, which can be considered provocations, will happen even more often, both in the air and at sea. Due to the fact that NATO warships stepped up activity in Baltic Sea and in Northern Sea, any actions of the Russian fleet will be followed up by NATO naval activity," the analyst said.

However, the future developments largely depend on the relations between Russia and the United States, Rozhin added.

"After all, the military follows decisions made by politicians," he said.