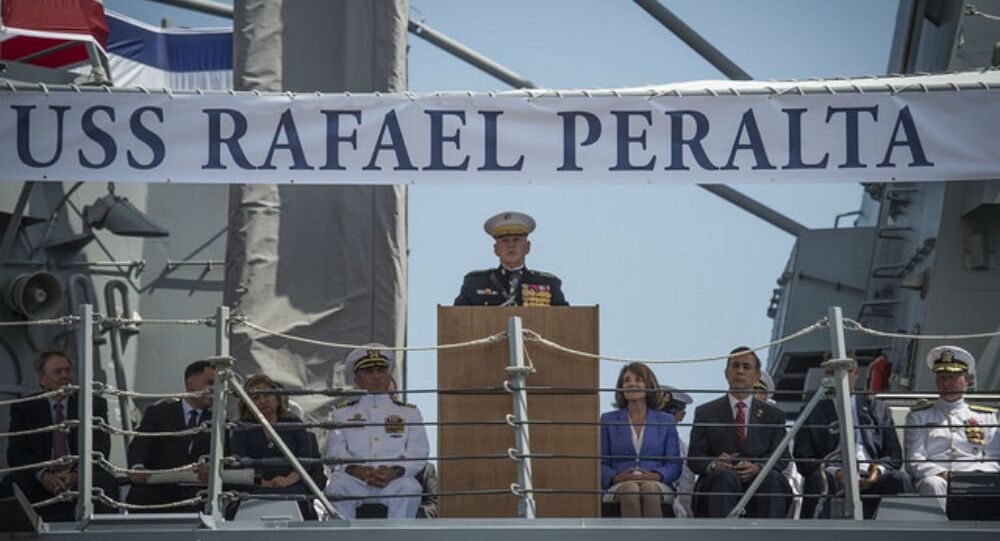 While much of the media uproar surrounding the US Navy has revolved around its next-generation Ford-class supercarriers, the fleet welcomed yet another Arleigh Burke-class destroyer on Saturday.

The USS Rafael Peralta was commissioned into service at the 32nd Street Naval Station in San Diego, California. The ship’s namesake refers to former US Marine Rafael Peralta who sacrificed his life during the second battle of Fallujah by jumping on a grenade that killed him instantly but saved the lives of fellow service members, the US Navy said in an announcement Monday.

Peralta immigrated to the US from Mexico in 1997. He joined the Marine Corps immediately upon being granted a green card, the US Navy said.

"This is more than just another commissioning," Gen. Robert Neller said during the principal address. "It marks the commemoration of a law and the immortality of a hero," the Marine Corps commandant said.

The US Navy plans to increase the size of its fleet from 276 to 355 vessels while the Chinese navy is reportedly pursuing an ambition to grow its naval force to 500 ships.

US Shipyards Delivering Incomplete Vessels With Quality Problems to the Navy