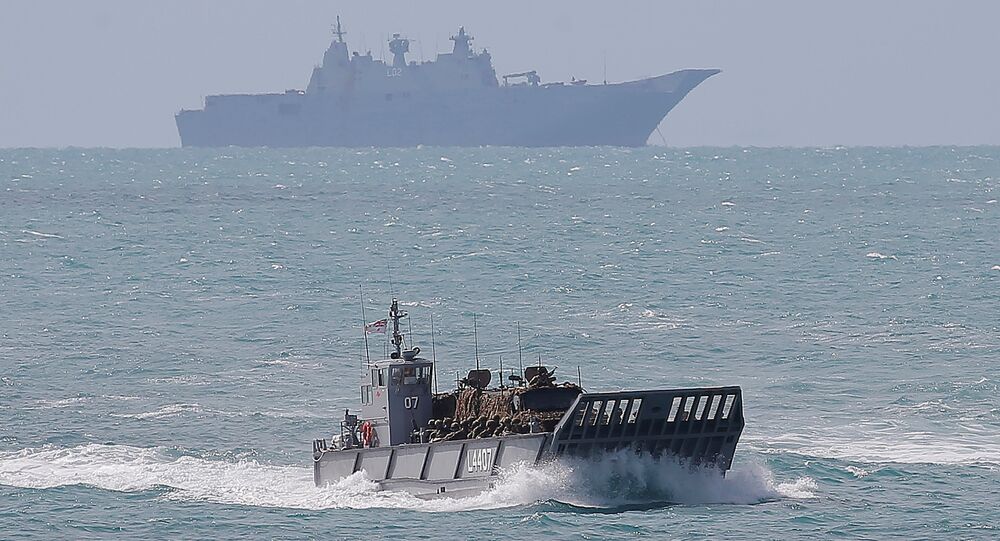 Canberra says a Chinese intelligence-gathering ship was spotted near Australia as major biennial joint military exercises with the US were wrapping up.

A Dongdiao-class electronic surveillance ship (Type 815) from the People’s Liberation Army Navy (PLAN) was seen in the waters off Queensland during Talisman Saber 2017 activities, according to the Australian Broadcasting Corporation.

Defense News reported that the Australian Defence Department confirmed a ship they described as an auxiliary general intelligence vessel, "has remained outside Australia’s territorial waters but inside the Australian Exclusive Economic Zone in the Coral Sea."

Senior officers present at the drills were unperturbed by the ship’s presence, and the Department noted that "the vessel’s presence has not detracted from the Exercise objectives."

"We subscribe as the US does to the freedom of the global commons and rules-based global order," said Mal Wise, the Royal Australian Navy commodore who served as commander of the maritime component, adding that Australia wouldn’t object to the ship’s presence, "as long as they’re operating within that construct."

Photos released of the Chinese vessel indicate that it could be the Neptune or the Haiwangxing, and could have used its radar to see how exercises were being conducted and eavesdropped on communications.

Most of this year’s Talisman Saber exercise took place in central Queensland near the Shoalwater Bay Training Area. Designed to improve the quality of task force operations, the activities are meant to refine interoperability in organizing and executing missions and expanding combat readiness.

Beijing appears to be putting its expanding naval capabilities on display lately, as North American Aerospace Defense Command confirmed last week that a Chinese intelligence gathering was seen off the coast of Alaska last week, possibly to monitor tests of the US’ Terminal High Altitude Area Defense system (THAAD).

The month-long war games concluded on Tuesday in a ceremony near Brisbane on board the USS Ronald Reagan.