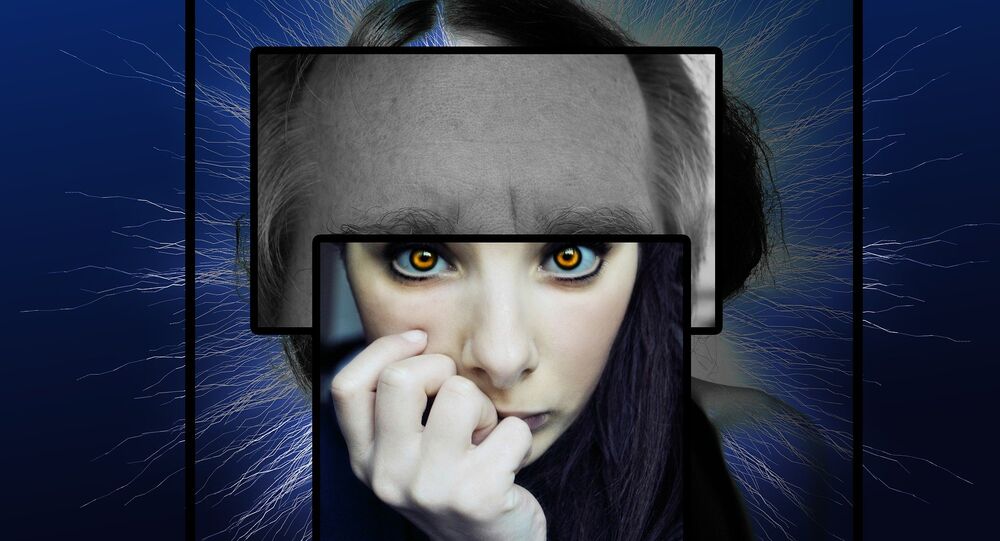 Decades ago, the US military was keenly interested in psychic powers – so much so, it paid for intelligence officers to go on weeklong excursions to an institute specializing in out-of-body experiences and astral projection, and pumped millions into researching possible uses of supernatural capabilities in the battlefield.

The Monroe Institute, which openly acknowledges its previous relationship with the army on its website, avowedly focuses on creating treatments designed to expand human consciousness.

One of its most prominent products is Hemi-Sync, which uses audio to synchronize brainwaves on the left and right sides of the brain, making the mind susceptible to hypnosis.

That the US government would be interested in the paranormal and supernatural should be no surprise, really — in 1972, authorities attempted a psychic probe of Jupiter just months before Pioneer 10 retrieved the first scientific data and photographs of the gaseous planet.

I added a video to a @YouTube playlist https://t.co/louVxzUXcB Hemi Sync Sleeping through the Rain

McDonnell completed a seven-day psychic program at the institute, and his assessment of his experiences at the spooky institute formed the basis of a 29-page army document, featuring detailed explanations of hypnosis, holograms, and out-of-body experiences.

The document placed these phenomena in the context of larger ideas about consciousness, energy, space-time, quantum subatomic particles, and astral projection.

Quoting a Monroe Institute employee, McDonnell said consciousness was typically akin to a lamp, emitting light in a "chaotic, incoherent way" — but under hypnosis, consciousness became a laser beam, with thoughts and energy focused like a "disciplined stream" of light. Based on his experiences, he concluded further research was definitely worth the army's time and money.

Subsequently, 251 army intelligence candidates were selected as potential test subjects, and interviewed about their views on hypnosis and related topics. Individuals who had objections to the military use of psychoenergetics were not considered for the final selection — but those who displayed an "unreasonable enthusiasm" for psychoenergetic occult fanatics and mystical zealots likewise precluded from entry into the program.

© REUTERS / Jean Revillard/Handout via Reuters
Round-the-World Solar Pilots Use Yoga, Self-Hypnosis to Stay Awake
Of the original 251 candidates, between 30-35 were said to have "desired" traits, such as open-mindedness and intelligence, making them suitable for the program.

They were sent to the Monroe Institute — there, they would listen to the Hemi-Sync audio, and then one of the institute's research associates would guide the officers into the astral plane. The institute claimed the "journey" would heighten their sensory experiences, heal their bodies, and allow them to travel into the past or future, and even solve real-world dilemmas without the restraints of their physical body.

Employees of an unknown government agency were also put to use in "remote viewing" experiments — the goal being to make subjects remotely view Mars in the year one million BC. Interviewers read coordinates and verbal cues to a subject, who claimed to see dust storms, alien structures, and even an ancient alien race.

"Very tall, again, very large people, but they're thin. They look thin because of their height. And they dress like-oh, hell-it's like a real light silk. But it's not flowing type of clothing. It's cut to fit. They're ancient people. They're dying. It's past their time or age. They're very philosophic about it. They're looking for a way to survive and they just can't," an unidentified test subject said.

Ray Waldkoetter, who is described as a "personnel management analyst," wrote an article for the 1991 Hemi-Sync Journal reviewing the Army's uses of Hemi-Sync technology. In it, he stated the army variously used Hemi-Sync technology for stress reduction, psychological counseling, and enhanced learning abilities for various levels of personnel, as well as training for people seeking officer-level positions.

Research continued until 1995, when the Defense Appropriations Act directed the program be transferred to the Central Intelligence Agency — and the agency's subsequent report into the program found remote viewing had not been proved to work by a psychic mechanism, and it had not been used operationally.

It concluded there was "nothing striking or surprising" about its findings.

"Psychologists who study subjective validation find nothing striking or surprising in the reported matching of reports against targets in the data. The overwhelming amount of data generated by the viewers is vague, general, and way off target. The few apparent hits are just what we would expect if nothing other than reasonable guessing and subjective validation are operating," the authors said.

In historic terms, over US$20 million dollars was sunk into the project — a similar figure in numerical terms to the amount wasted on the CIA's own Acoustic Kitty program, launched in the 1960s. It sought to train cats to spy on the Soviet Union, and Soviet embassies in Western countries. Veterinary surgeons implanted a microphone in a subject cat's ear canal, a small radio transmitter at the base of its skull and a thin wire into its fur, theoretically allowing the cat to innocuously record and transmit sound from its surroundings.

The first Acoustic Kitty mission was eavesdropping on two individuals sitting in a park outside the Soviet compound on Wisconsin Avenue, Washington DC. Released nearby, the cat immediately ran into the path of a taxi and died.

Subsequent tests also failed, due to problems with distraction, and cats' acute and frequent hunger.

It's unknown however how much money was invested in the CIA's mind control project MKUltra.

Under its auspices, between 1953 and 1973 at least, the agency engaged in a number of illegal and unethical experiments, in which unwitting test subjects had a number of techniques performed on them to manipulate their mental states and brain function, including the administration of LSD, hypnosis, sensory deprivation, isolation, verbal and sexual abuse, as well as a variety of torture techniques.

In one case, the hallucinogenic drug was administered to a mental patient in Kentucky for 174 straight days — in another, army scientist Dr. Frank Olson went into deep depression after being unwittingly dosed, later falling to his death from the thirteenth story window of New York City's Hotel Pennsylvania.