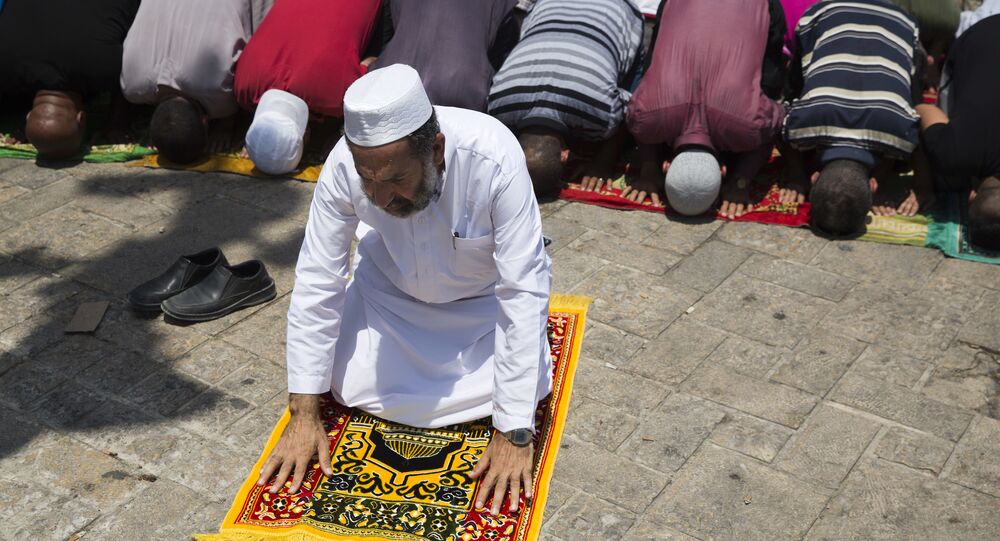 Tzipi Livni, former Israeli Foreign Minister, has said she fears the country is on the verge of a religious battle with the Muslim world. Her comments follow days of violent clashes after security forces imposed controversial security measures at a disputed shrine in Jerusalem.

Speaking to local media, Livni said Israel was "a step away" from turning its conflict against the Palestinians into a "pan-Muslim event" against the state of Israel. As a result, she believes Benjamin Netanyahu's government must be assertive and prevent such a scenario from arising.

Metal detectors were imposed at the shrine — known to Muslims as the Noble Sanctuary and to Jews as the Temple Mount — in response to an attack on the site by Palestinian gunmen that killed two policemen.

Tensions have been high ever since, with Muslim leaders — who claim the enhanced security measures are driven by Israel's desire to expand its control over the area — calling for mass protests at noon prayers, Friday, July 21.

In response, authorities banned Muslim men under the age of 50 from entering Jerusalem's Old City, where the shrine is located.

Over the ensuing weekend, there were violent clashes between Muslims and state security forces, with three Palestinians killed, and a 20-year-old Palestinian stabbing and killing three members of an Israeli family in their home in a West Bank settlement.

Jason Greenblatt, US President Donald Trump's Middle East envoy, has reportedly been dispatched to Tel Aviv to attempt to defuse the growing crisis, marking the Trump administration's first direct foray into the crisis.

See below the Statement from the Press Secretary on Temple Mount / Haram Al-Sharif. pic.twitter.com/REJpz3XST3

Israel has repeatedly been embroiled in conflicts with its Arab neighbors over the course of its 69-year existence. In fact, the country has been in an almost perpetual state of war since its founding in 1948.

First, Israel's war of "independence" began in 1947, at the end of the British Mandate of Palestine — it pitted Jewish militias against Egypt, Jordan, Lebanon, and Syria, and concluded with the state's creation.

For almost 20 years subsequently, the Israel Defense Forces fought a guerrilla war against Arab insurgents hailing from Syria, Egypt, and Jordan, culminating in the "Six Day War" in 1967, a fully-fledged conflict with Egypt, Jordan, and Syria, and troops from Iraq, Saudi Arabia, Kuwait and Algeria.

Following the war, Israel expanded its territory significantly, seizing the West Bank (including East Jerusalem) from Jordan, Golan Heights from Syria, Sinai and Gaza from Egypt.

It retains much of this territory in the modern day, despite the October 1973 Yom Kippur War, waged by Israel against a coalition of Arab states led by Egypt and Syria, which collectively (and unsuccessfully) aimed to recapture the ground lost six years prior.

Abbas Declares Freeze of Ties With Israel Over Violence in Jerusalem