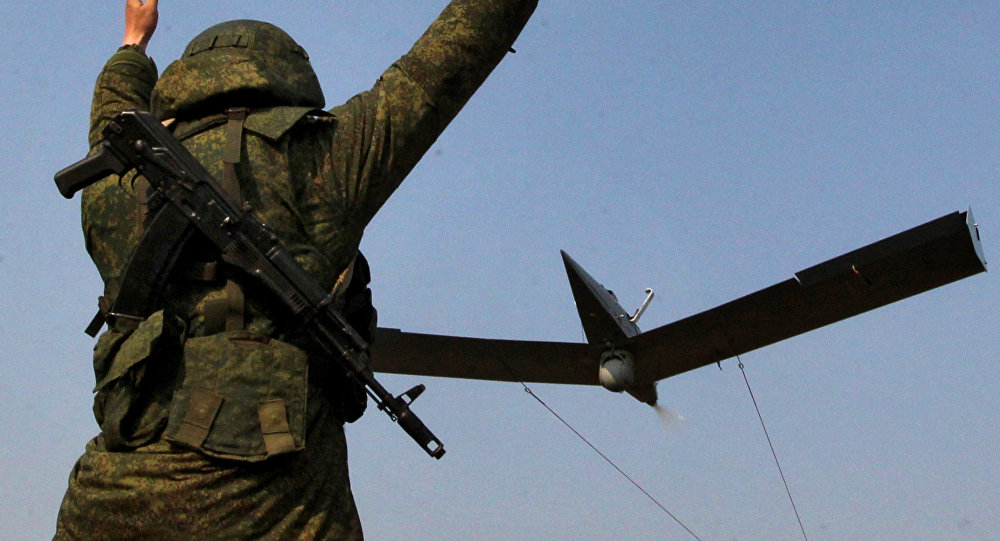 Russia is looking into production of military drones and convertiplanes that can be built into a single management system and be run by a single operator, Russian Aerospace Forces Commander Col. Gen. Viktor Bondarev said Saturday.

ZHUKOVSKY (Sputnik) – Convertiplanes and heavy unmanned aerial vehicles (UAVs or drones) are being developed in Russia in the interests of the military, Bondarev said.

In the future, drones can be built into a single management system and work as a "flock," Bondarev noted, adding that the creation of such a network-centric system will significantly reduce the cost of training drone operators.

"An unmanned vehicle theme is being developed, however, it is more expensive to train a pilot than to put a good autopilot system on the plane. If the operator can now operate one or two drones, in the course of time, with the development of the ground component, he will be capable of controlling five, or even 10 devices, so it will be even cheaper," Bondarev explained.

A convertiplane is an aircraft that converts in flight to change its method of obtaining lift, using rotor power for vertical takeoff and landing (VTOL) and converting to fixed-wing lift in normal flight.

Stay Out! US Air Force Wants to Shoot Down Civilian Drones