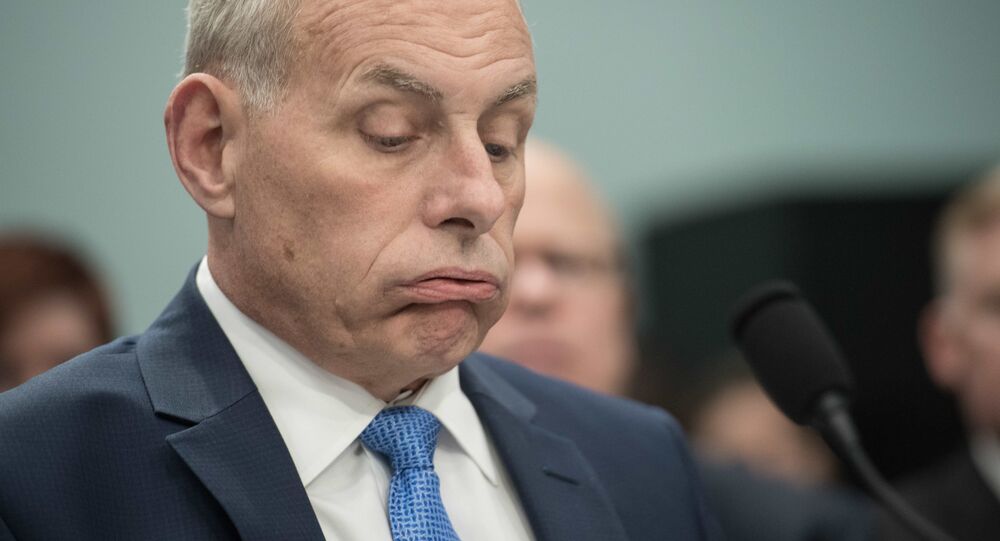 The US Department of Homeland Security's controversial "laptop ban" on US-bound flights from ten Muslim-majority countries has been terminated. Instead, incoming laptops will be scanned via a newfangled technology known as "CT" – although DHS chief John Kelly seemingly doesn't know what the machinery actually is.

Speaking on the opening day of the eighth annual Aspen Security Forum July 19, Kelly said the ban had been provoked by credible intelligence extremist groups had developed methods of packing explosives into notebooks in such a way standard detection systems couldn't spot them.

The ban covered cabin use of electronics, not hold storage, as intelligence services allege an undetectable bomb could be made for laptops, but a remote trigger could not.

However, due to opposition from airlines, the ban has been rescinded in favor of new scanning tech that scrutinizes passengers' electronics for explosives before they get on the plane. The tech, Kelly said, was called "CT" — although when asked what CT was, and what the acronym might stand for, Kelly was at a loss.

"It's a new kind of technology, I don't know. Let me put it this way, when you go through your airport check in your bag goes through today, it goes through X-rays, your baggage checked goes through, for the most part CT technology," he said.

Luckily for Kelly, his colleague John Pistole, former Administrator of the US Transportation Security Administration, was on hand to elucidate.

"CT" in fact stands for computer tomography, a technique widely used in medicine — it entails taking multiple X-rays of a container and/or object to gain a clear image of what's inside, as opposed to typical top-down scans taken by airport scanners.

Later, Kelly said his Department wished to see more sniffer dogs at airports, and will be introducing a requirement for advanced biometric passports to be compulsory for flights coming into the US.

Moreover, biometric scans will be introduced for those crossing US borders via land, and potentially facial recognition tech — although given how unreliable such resources are at present, that roll out could be some way off.

Later in the talk, Kelly was asked why the enhanced security measures and partial travel bans didn't apply to Pakistan, Saudi Arabia and the United Arab Emirates, the three countries from which provided the vast majority of terrorists who attacked the US have hailed.

The Homeland Security head honcho stutteringly responded the ban applied to countries that didn't check travelers against criminal databases — leaving the issue of why Pakistan, Saudi Arabia and the UAE failed to prevent citizens of theirs on criminal databases from travelling to the US unexplored.

Look Into My Eyes: Major US Airport to Install Biometric Face-Scanning Tech