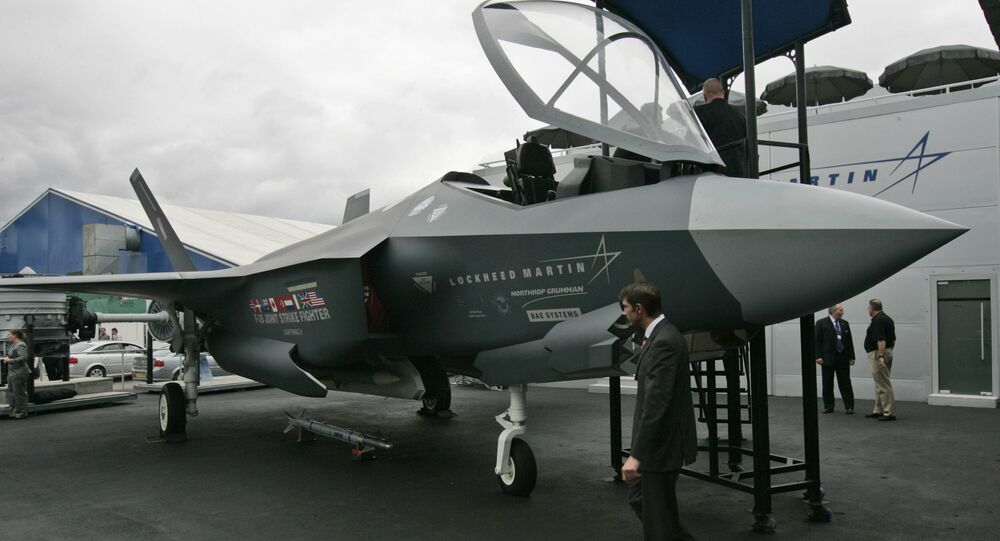 The F-35 Joint Strike Fighter’s rising costs cited in last week’s Select Acquisition Report to the US Congress have been pinned to Pratt & Whitney.

The Select Acquisition Report showed that costs associated with purchasing F-35s jumped from $379 billion to $406.5 billion. This was particularly surprising because the F-35 was supposed to get cheaper as manufacturers built more planes — in theory, a classic example of how the taxpayer would benefit from economies of scale. But that hasn’t happened.

The weapons program is the most expensive in US military history, at a total lifecycle program cost of more than $1.5 trillion once operating costs (around $1.1 trillion) are factored in.

Extra costs stemming from the company’s operations did not account for the full $28 billion increase in acquisition costs, but did reveal that Lockheed Martin may not be the only firm to blame for the F-35’s checkered history of being over budget and behind schedule.

Pratt & Whitney is responsible for more than $43 million in cost overruns to buy materials for F-35 engines, Bloomberg cited the Select Acquisition Report as stating on Tuesday. The hardware is "costing more than planned," the SAR noted, because the contract goals aren’t feasible "due to delays with incorporating enough engineering changes and affordability initiatives to lower the manufacturing costs."

The firm’s logistics team has been "unable to negotiate lower pricing from the supply chain," the F-35 Program Office said in the SAR, obtained by Bloomberg. Quality concerns for certain engine parts and late delivery of engines put the firm behind schedule on a $51 million job it is currently contracted to complete.

Cost increases are slated to multiply if Pratt & Whitney cannot figure things out. The Pentagon will buy 99 engines per year by fiscal year 2022. The engine maker is responsible for delivering 77 engines in FY 2019.

Engine procurement turned out to be a modest success for the Pentagon when awarding contracts for the F-35 Joint Strike Fighter. The Defense Department locked in the price at a fixed rate, meaning that cost overruns will be the "full responsibility" of Pratt & Whitney, F-35 spokesman Joe DellaVedova told Bloomberg. "Additional costs are not being passed on to taxpayers," DellaVedova added.

The $51 million of excess costs stemming from slow work completion will probably be erased by the time the contract is finished due to a "schedule margin," according to the F-35 office.