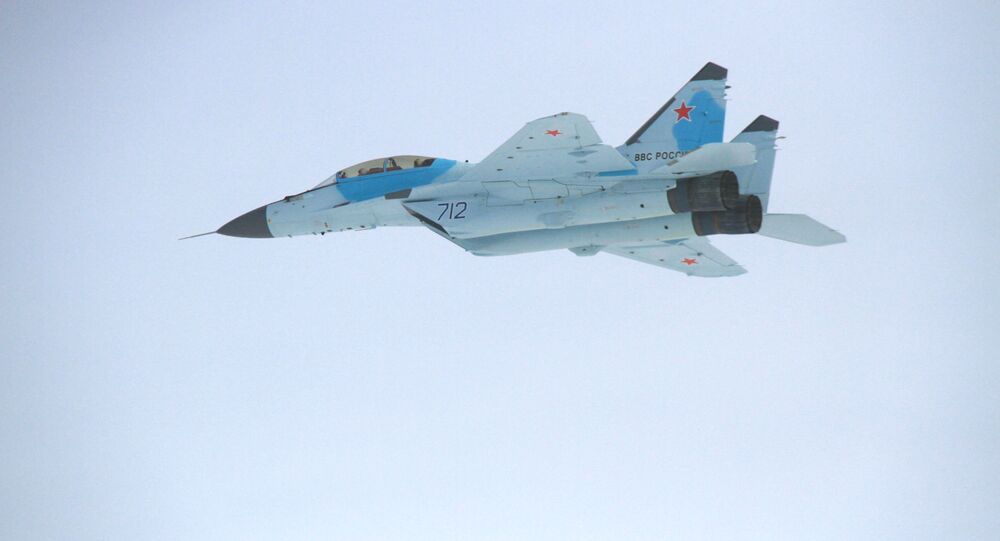 © Sputnik / Ramil Sitdikov
'Maneuverable, Reliable and Comfortable': MiG-35 to Steal the Show at MAKS-2017 (VIDEO)
ZHUKOVSKIY (Sputnik) – The MiG-35 is a multipurpose fighter and an advanced derivative of the original MiG-29М/М2 fighter, featuring improved combat capabilities and flight performance characteristics. It is capable of reaching speeds of up to 2,700 kilometers per hour (1,700 miles per hour) and having a combat radius of 1,000 kilometers.

"We are completing research and development activities with the Russian Aircraft Corporation MiG and we hope that from 2018, we will begin to purchase this fighter, as we already have plans on the 2018-2025 state armament program," Borisov told reporters on the sidelines of the MAKS-2017 air show.