The Russian battlecruiser Pyotr Veliky and missile-carrying submarine Dmitry Donskoy, the world’s largest nuclear-powered combat watercraft, left the base in Severomosrk on Monday to take part in a Navy Day parade in St. Petersburg on July 30. The voyage is taking place amid NATO’s intensified activities near Russia’s western borders.

The Northern Fleet will also be presented at the parade by the missile-carrying cruiser Marshall Ustinov (project 1164), the large anti-submarine ship Vice Admiral Kulakov (projects 1155) and 28 aircraft and helicopter crews of the fleet’s air defense force.

"Amid the growing military and political pressure from the United States and NATO a parade in St. Petersburg is not the only goal of this naval voyage. Of course, this is also a show of force to Norway, Germany, Sweden, Poland and some other countries," Russian political and military commentator Alexander Khrolenko wrote in an op-ed for RIA Novosti. 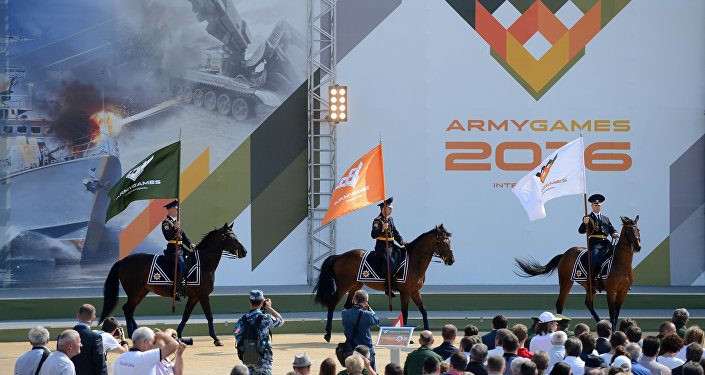 © Sputnik / Yevgeny Biyatov
Russian Pacific Fleet Accepts Chinese Navy for International Army Games
The author suggested that the Northern Fleet’s missile-carrying battleships would have a sobering effect on NATO, showing that "Russia will not abandon its positions in the Baltics."

Moreover, the Russian and Chinese navies will hold the first stage of the Joint Sea 2017 drills in the Baltic Sea on July 21-28. The exercise will involve nearly 10 ships of different classes, as well as over 10 aircraft and helicopters from the two navies.

According to Khrolenko, this exercise will be yet another reminder for the West about "multipolarity and the advantage of partnership and cooperation."

NATO’s policy in Europe has resulted in growing militarization in countries usually not involved in risky military and political games. For example, Norway has intensified its plans to join the US-NATO missile defense system. At the same time, there have been numerous attempts to drag Sweden and Finland into the military alliance, using the mythical "Russian threat" as an excuse. 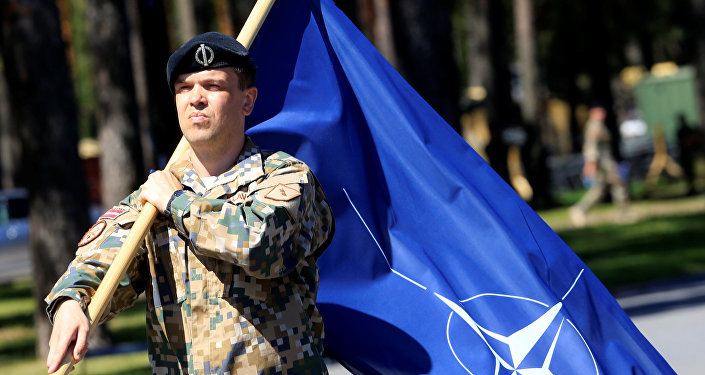 © REUTERS / Ints Kalnins
How NATO Expansion Poses Offensive Threat to Russia's Kaliningrad
The Baltic region has turned into a training range for NATO forces. In 2017, 16 international and national military exercises will be held there. NATO traditionally explains its military buildup in the Baltics and Poland as a response to "Russia’s aggression."

At the same time, Moscow has repeatedly stressed that it has aggressive plans in the region and that it has to react to the expansion of the alliance. Russia’s envoy to NATO, Alexander Grushko, has said several times that the current policy of the military bloc presents a serious danger to Russia’s national security.

"But if some of our partners do not understand words, then maybe the Russian Navy will send a more comprehensible signal to them," Khrolenko wrote.

The ships will travel via the Barents Sea, the Norwegian Sea, the North Sea and the Baltic Sea. Earlier, the press service of the Northern Fleet reported that after the parade some of the ships would continue their combat duty in the Mediterranean.

"Possibly, now we’re watching another geopolitical game of chess. Russia always responds to hostility in an unpredictable manner, but our European partners continue to make the same mistakes," the author wrote. 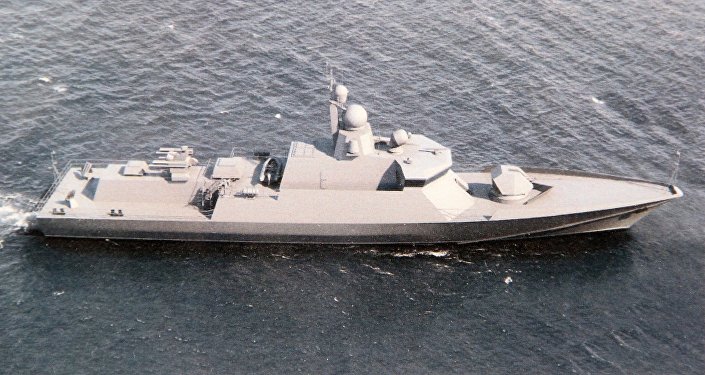 © Photo : Almaz Central Marine Design Bureau
Kalibr Missiles and 'Invisible' Cannon: What is Known About Russia's Newest Corvette
The Pyotr Veliky is the flagship of the Russian Northern Fleet and one of the most powerful battleships in the world. The ship carries 20 launchers capable of firing P-700 Granit supersonic anti-ship missiles. Each missile carries a 750-kg warhead and its nuclear modification has a blast yield of 500 kilotons. 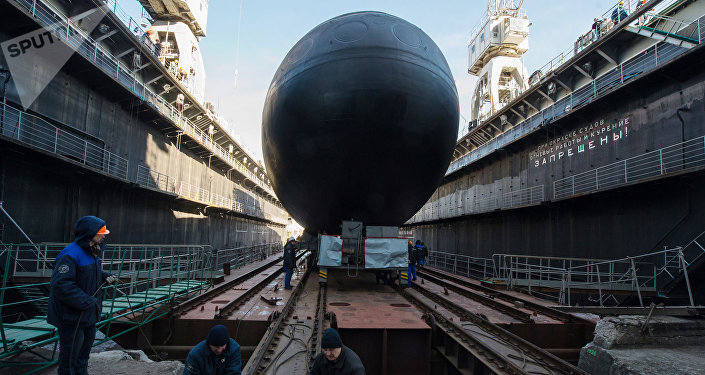 Finally, the battleship is equipped with the Tron combat and information control system.

The Dmitry Donskoy is the only project 941-class submarine in service with the Russian Navy. Six submarines of this class were built in the Soviet Union in 1981-1989. The submarine has a length of 172 meters, a displacement of 48,000 tons and an operational depth of 400 meters.

The main armament of the submarine is an arsenal of 20 R-39 intercontinental ballistic missiles (ICBMs). In addition, 14 test launches of the Bulava ICBM were conducted from the Dmitry Donskoy.

According to Khrolenko, these and other battleships of the Russian Navy that will participate in the St. Petersburg parade will be a critical force in the NATO-Russian standoff and send a clear message to the alliance.