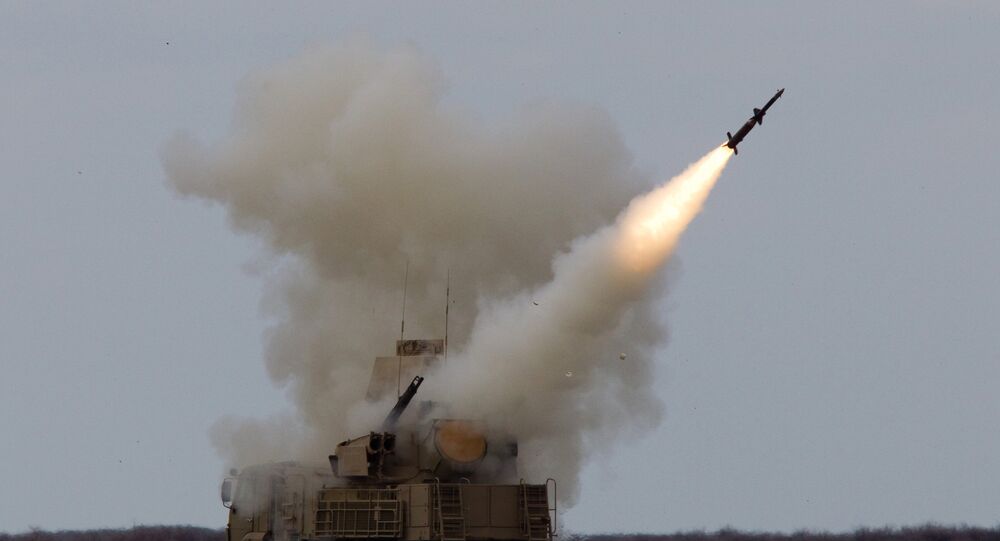 Russia will hold negotiations with Algeria on the potential deliveries of air defense systems and aircraft at the MAKS-2017 air show, the director of Russia's Federal Service for Military-Technical Cooperation, Dmitry Shugaev, said Tuesday.

© Sputnik / Ilya Pitalev
Deals Signed at MAKS to Show Foreign Interest in Cooperation With Russia - Putin
ZHUKOVSKIY (Moscow Region) (Sputnik) — Two weeks ago, the head of Russia's Rosoboronexport arms exporter, Alexander Mikheev, told Sputnik that Egypt's purchase of Russian Ka-52K helicopters and equipment for the Mistral-class helicopter carriers, the signing of a contract for deliveries of Russian Su-35 Flanker multirole fighters to Indonesia and discussions of possible deliveries of Russian-made S-400 air defense systems to Turkey would be on the agenda of the July 18-23 MAKS-2017 air show. However, negotiations with Algeria had never previously been mentioned.

The MAKS-2017, one of the world's largest aviation shows established 25 years ago, is being held in Zhukovsky, 40 kilometers (25 miles) south-east of Moscow on July 18-23. About 700 Russian and 180 foreign corporations and companies from 36 countries are expected to participate in the air show, including Russia's state technology corporation Rostec, arms exporter Rosoboronexport, arms manufacturer Almaz-Antey, Russian Helicopters, and several companies from the space industry.