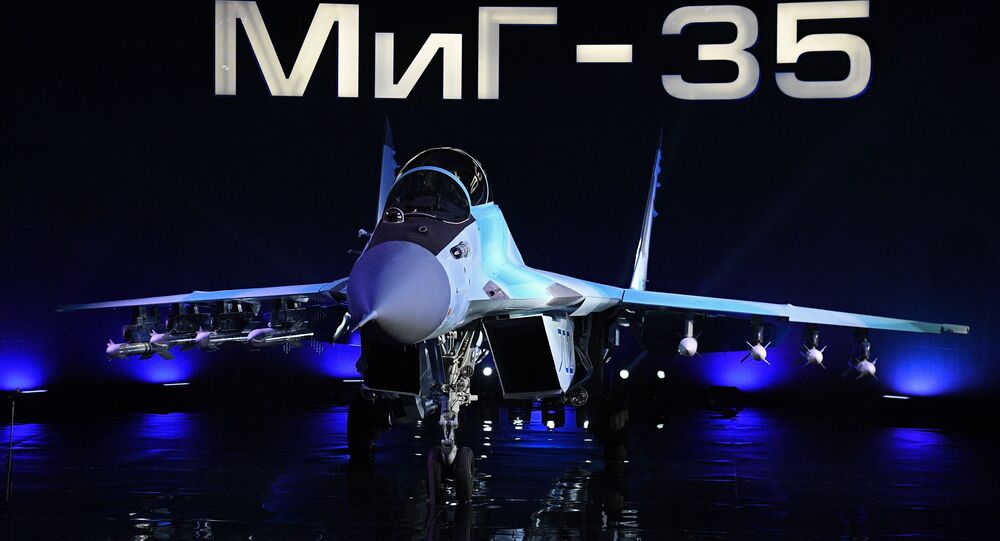 Russia's MiG-35S multipurpose generation 4++ fighter jet, which will be displayed at the MAKS-2017 airshow, will certainly be remembered as one of the highlights of the event.

© Photo : Central Aerohydrodynamic Institute
Must-See: Russia's Main Airshow to Feature Model of Eco-Friendly Supersonic Passenger Jet
July 18 will see the opening of the MAKS-2017 International Aviation and Space Salon in the town of Zhukovsky outside Moscow; the presentation of the advanced Russian fighter jet MiG-35S is almost sure to become one of the highlights of the airshow.

Although the MiG-35 has been on display at MAKS before, this year will feature something new: the first production model – the MiG-35S. And it's not just a matter of an extra letter at the end of the name, according to RIA Novosti contributor and military expert Andrei Kotz.

He pointed out that the new plane "has a greater range, a top speed of nearly 2,700 km per hour (300 km more than the base MiG-35), and new engines with a thrust-vectoring module, allowing pilots to perform the most complicated aerobatic maneuvers, as well as modern on-board electronic equipment."

Last Friday, MiG Corporation CEO Ilya Tarasenko said that the MiG-35S has entered the final stage of testing, and that full-scale production will begin sometime in the next two years.

When asked how the anti-Russian sanctions affected the process of creating the MiG-35S, Tarasenko told RT that "the plane is completely made of Russian components and material."

"The MiG-35, [an advanced derivative of the original MiG-29 fighter], will be a more maneuverable, reliable and comfortable aircraft in terms of operating. In the generation 4 ++ fighter jet, we implemented a number of solutions to reduce the plane's radar visibility, as well as increased the combat load and service life of its units," he said.

Tarasenko touted the MiG-35S as "a new unit which is already approaching fifth generation planes [in terms of capability] which features new technology related to radar and intelligence."

"There is new armament and a new cover for the aircraft which makes it invisible to the enemy. Therefore, all these characteristics are attractive," Tarasenko said.

© Sputnik / Ramil Sitdikov
Russia Readies to Fly New MiG-35 ‘Fulcrum-F’ Combat Aircraft
The MiG-35 is armed with a 30-mm cannon and carries 1,500 rounds of ammunition. It can carry up to 7,000 kg of payload on ten external pylons.
It can also use various air-to-air and air-to-surface missiles, as well as guided and unguided rockets and bombs.