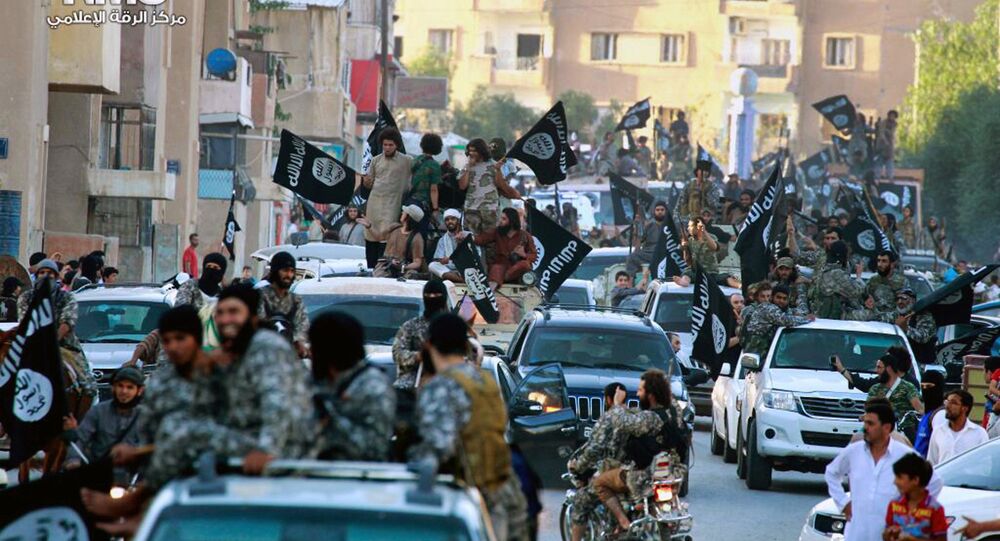 The operation by the US-led coalition to liberate the Syrian city of Raqqa from Daesh terror group (banned in Russia) could still take months to complete, US Central Command (CENTCOM) head Gen. Joseph Votel said in an interview published on Friday.

© REUTERS / Stringer
Liberation of Mosul From Daesh to Facilitate Takeover of Syria's Raqqa - Iraqi Ambassador
WASHINGTON (Sputnik) — "We would expect they are going to fight harder and more aggressively than they are, and a large part of that is going to be exploited again," Votel said in an interview with the Tampa Bay Times. "So, I think it is going to be a challenging fight and it will take months."

Votel noted that the operation to retake the city of Mosul in Iraq from the Islamic State took nine months.

By comparison, the terror group has had years to prepare for the Raqqa offensive, Votel said.

The CENTCOM commander also noted that the US-backed forces fighting in Syria are not supported by the government there, while the US partners in Iraq are.

"They don’t have all the trapping of a big army," he added.

On July 4, the Syrian Democratic Forces (SDF), supported by the US-led coalition, breached the Old City wall in Raqqa, advancing into its most heavily fortified enclave and overcoming the defenses of the terrorists.

The SDF launched the operation to reclaim Raqqa on June 6, more than three years after the Islamic State declared the city their capital.