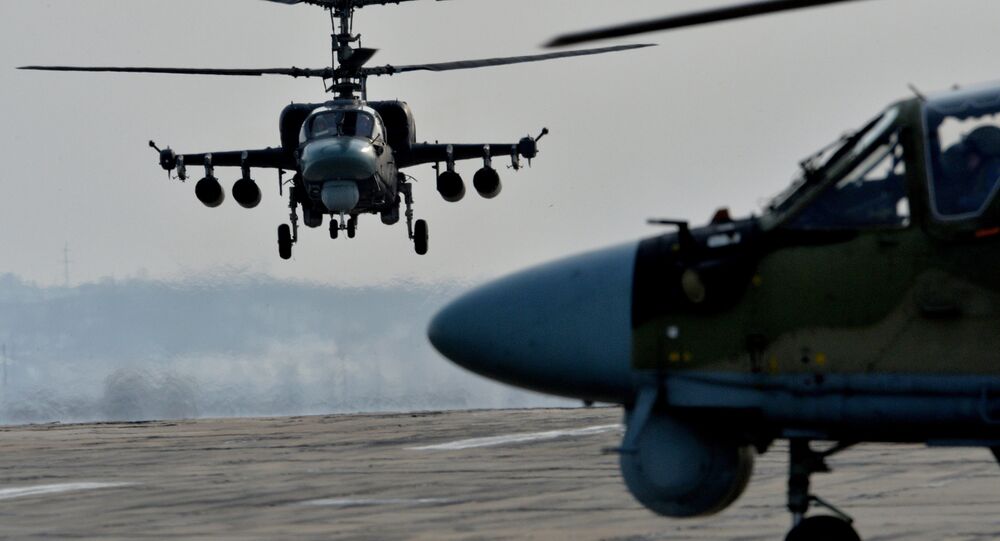 MOSCOW (Sputnik) — He underscored the export-import agency's "traditionally first place in supplies of products for the air force."

"In total since the company was founded, we exported more than 1,300 aircraft, helicopters and their assets for a total of about $65 billion," Mikheev told reporters.

He underscored the traditionally first place of aviation equipment in the agency's supplies.

"Our forecasts are that the export volumes and cost of contracts on aviation equipment will continue growing. We expect the share of aviation equipment in the entire Rosoboronexport’s supplies in 2017 to exceed 50%. The main importers of this type of weapons will be the Middle Eastern and Asia-Pacific countries," Mikheev added.

The arms exporter added that the successful operations of the Russian Aerospace Forces in Syria had also contributed to the foreign customer's growing interest in the Russian combat aircraft such as Su-30 and Su-35 as well as Mi-28NE, Ka-52 and Mi-17 helicopters. Mikheev also noted that Rosoboronexport was going to participate in six international aerospace exhibitions this year, including MAKS aerospace display, held in Russia's city of Zhukovsky on July 18-23.