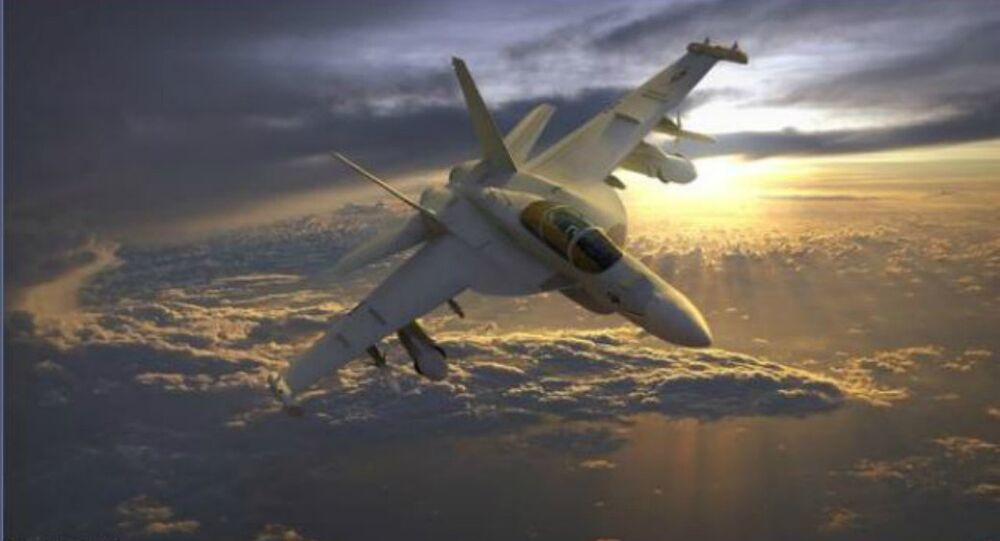 Australia is moving forward with US defense giant Raytheon for the next-generation jammer program, to ensure the Royal Australian Air Force (RAAF) and its friends in the US Navy can engage all types of electronic warfare attacks in the South Pacific Theater and beyond.

The next-generation jammers will be attached to a fleet of a dozen Boeing EA-18G Growleraircraft the RAAF plans to operate from midway through 2018, according to IHS Jane’s. RAAF is partnering with the US Navy on interoperability, installation and likely training, according to the outlet.

Growlers are one of two types of planes operated by the Pentagon capable of operating in hostile or anti-access environments, a US Navy pilot who has flown EA-18Gs told Foxtrot Alpha in 2015.

Electronic warfare is crucial to how the US Navy operates, the airman said.

"Electronic Attack (EA) is the offensive suppression of an adversary’s electromagnetic spectrum, focused primarily on radars and communications. Deny, monitor, manipulate, and evaluate, are all subsets of Electronic Warfare (EW) … As one can imagine in today’s technologically dependent lifestyle, denial of those means would seriously impede someone’s ability to function effectively. Information is everything, you can’t defend against what you don’t know or can’t see."

Raytheon will earn a cool $1 billion to produce and outfit the RAAF aircraft with the new tool, which has already been fielded on US aircraft. The company’s jammers “provide a cloak of protection, confusing adversaries, creating ‘ghost’ aircraft and foiling sensors with focused radio energy,” according to Raytheon Australia.

US forces are working to equip other aircraft besides the Growlers with the jammers. The electronic attack systems office and EA-6B program office finished a “critical design review” in late April. Officials determined “fabrication, demonstration and test could proceed,” Naval Air Systems Command announced May 18.