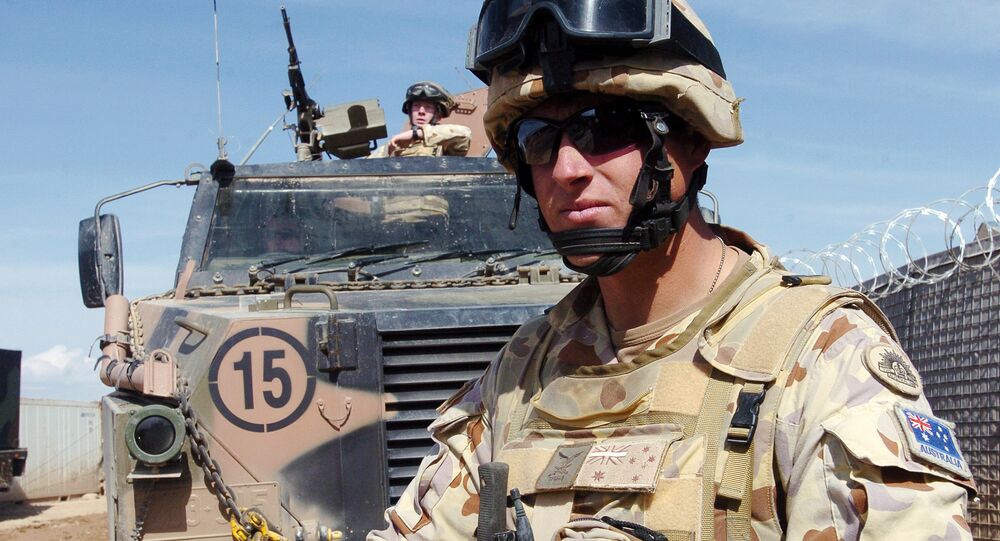 The Australian Defense Force is investigating claims a number of its troops were involved in the covering up of unjust killings of young Afghans - the latest allegation of war crimes carried out by allied forces during the ongoing US-led occupation of the country, but not the first time Australian forces have been accused of criminal activity.

The investigation comes as part of a wider inquiry into the conduct of Australian Special Forces in Afghanistan, during the country's two deployments to the war-torn region — Operation Slipper (2001 — 2014) and Operation Highroad (2015).

​It has been alleged one of the victims, 14-year-old Khan Mohammed, was shot in his leg and chest by Australian troops in 2012 on an early morning patrol while out collecting figs. His body was left where it fell and later found by local villagers among large rocks. The killing was carried out despite there being no insurgent activity in the area at the time, and the patrol not having been fired upon.

Two other deaths, involving another young boy and an adult male, are also being investigated. Bismillah Azadi and son Sadiqullah were killed in September 2013, following a raid by Australian SAS troopers in the Uruzgan province. Troops claim Bismillah pointed a weapon at them, and an earlier investigation cleared them of wrongdoing, ruling Bismillah was "almost certainly" a Taliban sympathiser. However, Bismillah's cousin has subsequently rejected the claim, stating the slain man had been asleep with his son next to him when they were shot.

Speaking anonymously to local media, a decorated special forces veteran, said the cases were a testament to a feared "culture of recklessness" during the Afghanistan mission. He claims he saw several innocent people killed who didn't need or deserve to die, in circumstances "unwarranted and ultimately avoidable" — behavior in direct conflict with the army's stated ethos. Moreover, he alleged Special Forces troops openly discussed "planting" weapons such as pistols or knives on the bodies of dead Afghans to falsely suggested they had been armed when killed.

If the accusations are true, Australian troops will not be the only forces implicated in such subterfuge in Afghanistan. On July 4, it was revealed British Special Air Services troops may have killed unarmed Afghan civilians between 2010 and 2013 and covered up traces of their crimes, falsifying mission reports to dub innocent victims "potential Taliban fighters" — and attribute the slayings to their local partners. The claims emerged as part of Operation Northmoor — a classified investigation carried out by the Royal Military Police.

Afghanistan has been in a state of political and social turmoil since the 2001 US-led invasion of the country, with US-backed government forces fighting the continuing Taliban insurgency. Instability in the country has prompted the emergence of local cells of other extremist organizations, such as Daesh.

Throughout its history as an independent country (1901 onwards), Australia has played a major role in most UK and US-led military efforts — from the Boer War to the War on Terror. However, there has been little scrutiny of the country's military conduct in the mainstream media, focus instead — if at all — being trained instead on American and British wrongdoing.

That changed when in April 2017, Tim Anderson, a Senior Lecturer at the University of Sydney's political economy department, has said a 2016 operation, which saw Royal Australian Air Force craft conduct airstrikes on a Syrian military stronghold — believed to be a Daesh fighting position in eastern Syria — and kill dozens of Syrian military personnel, amounts to a "major" war crime.

Although, to the Australian government's arguable credit, it suspended all RAAF airstrikes in Syria after a US aircraft shot down a Syrian military jet in June.

Russian military expert Leonid Ivashov praised the move, saying Australia's actions demonstrated the country's greater awareness of the need to comply with international rules and norms, such as the UN Charter. While Australia may have joined the coalition in order to combat international terrorism, once leaders realized they were in fact at war with a sovereign state, they reviewed their position.