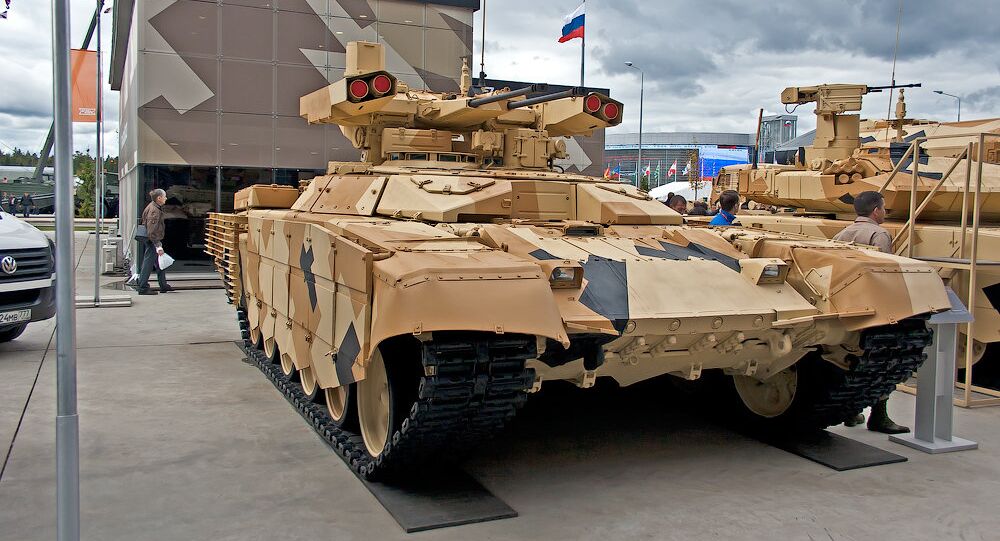 The BMPT-72, an advanced Russian tank support combat vehicle, is due to be equipped with new guns and combat modules, according to Alexander Potapov, director general of Russia's Uralvagonzavod research and production corporation.

Currently, there are two versions of the vehicle based on the T-72 battle tank chassis — "the Terminator 1" and "the Terminator 2". They're both earmarked for export and haven't been purchased by the Russian Defense Ministry.

"We are not standing still," Potapov said, adding that his company is developing new calibers of guns and modernizes combat units, including those related to the BMPT.

Commenting on the absence of orders from the Russian Defense Ministry to buy the Terminator-2, Potapov did not rule out that the ministry may begin such purchases in the foreseeable future.

"The [Russian] military, as far as I know, has changed its attitude towards this vehicle. Therefore, I think that their reaction will be positive. In addition, the BMPT is capable of conducting military operations in limited spaces is quite suitable for it," he said.

The BMPT-72 is armed with two 30-mm 2A42 automatic cannons that can be loaded with 850 rounds of ammunition, four laser-guided Ataka-T anti-tank missile systems and one coaxial machine gun with a remote reloading mechanism.

The vehicle, which has a crew of three, can survive in different climates and zones, including urban areas, and in any light conditions. The Terminator 2 is equipped with night vision, a laser range finder, as well as an integrated laser controlled missile guidance system. It can detect targets within a 5km range, day or night.

© Sputnik / Vladimir Astapkovich
Russia's 1st Tank Army Receives New Batch of Modernized T-72B3 Tanks Showcased at Military Parade
Late last month, there were media reports that the BMPT-72 had been spotted at the Hmeymim airbase in Syria. It was demonstrated for Syrian President Bashar Assad by Russian Chief of General Staff Gen. Valery Gerasimov during Assad’s visit to the military site

The pictures released after Assad's visit to Hmeymim show the latest version of the BMPT-72 in desert camo, partly covered with a camouflage net. Apparently, the machine is part of the Russian forces involved in protecting the base, alongside T-90 tanks.