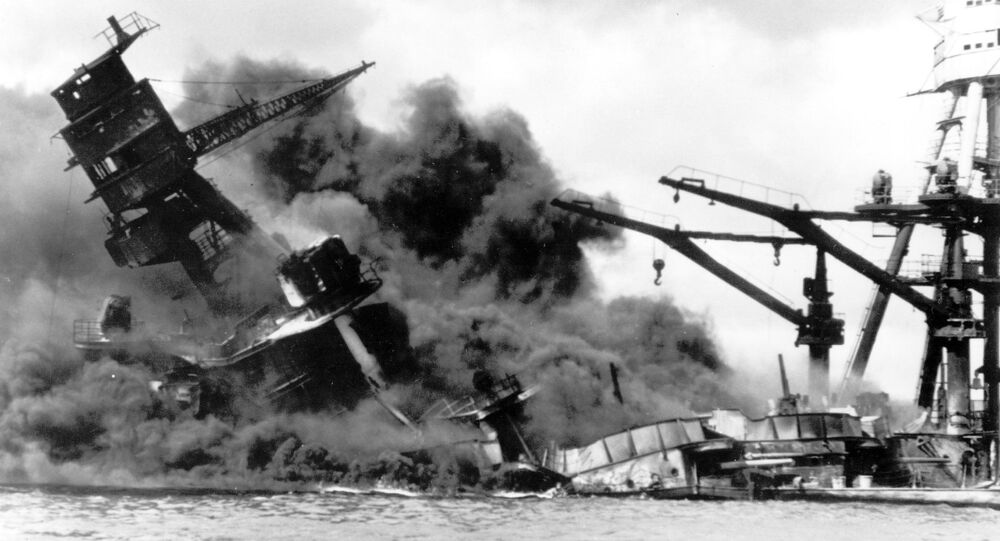 North Korea has successfully tested an intercontinental ballistic missile for the first time, which landed in the Sea of Japan. The Trump administration has threatened to go it alone on disarming Pyongyang, unless China takes some action.

​The US Pacific Command said it had detected an "intermediate range ballistic missile" being launched from Panghyon Airfield, near the border with China. The missile was tracked for 37 minutes and landed in the Sea of Japan, inside Tokyo's exclusive economic zone.

It flew 933 kilometers (580 miles) and reached a maximum altitude of 2,802 kilometers, according to North Korean media.

Fox News reported that North Korea now had a missile which could potentially reach Alaska but the Russian Defense Ministry said that, according to their intelligence, North Korea had only launched a medium-range ballistic missile, which was incapable of crossing the Pacific.

North Korea said the launch of its Hwasong (Mars) 14 missile was "in consideration of neighboring nations," a phrase which is usually used to refer to Japan, one of Pyongyang's sworn enemies.

"The missile launch this time has clearly shown that the [North Korean] threat has further increased," he added.

© AFP 2021 / YOSHIKAZU TSUNO
North Korea’s Missile Launch Provocation, Violation of UN Resolutions – Japan
Japan has no nuclear missiles of its own, but is protected by the United States, which has been its ally since the 1950s.

The Japanese are particularly sensitive about nuclear attacks, because the US dropped atomic bombs on Hiroshima and Nagasaki in 1945.

Dr. Jim Hoare, a former British diplomat who has worked in North Korea, said the latest missile test was part of a long-term strategy by President Kim Jong-un and his regime.

"What the North Koreans are doing, and have been doing for years, is to try and develop both a nuclear warhead and the means of delivery and when you talk of delivery you are bound to talk of the United States," Dr. Hoare told Sputnik.

"They see it as a deterrent, but others see it as more aggressive. The problem for North Korea is that if it uses some form of nuclear device against the United States or the United States' interests then it faces total annihilation.

"The Japanese have no relations with North Korea. There is no Japanese mission in Pyongyang and no North Korean mission in Japan, so there is no way of them protesting directly," Dr. Hoare told Sputnik.

"The Japanese issue public denunciations and that's it. They would also report it to the relevant international space control organization and the United Nations, so their concerns are formally recognized."

Dr. Hoare also said he was worried US President Donald Trump may not be willing to learn the lessons of history.

When Japan launched the Pearl Harbor attack in December 1941, it was seen by many Americans as coming completely out of the blue, but it was in fact Tokyo's response to years of diplomatic pressure from Washington, with the last straw being a complete oil embargo which was imposed in July 1941.

"It seems to me that there's a lesson to be learned from December 1941. If you push somebody into a tight corner and give no way out, for whatever reason, they are likely to lash out. The analogy is very similar. If you push somebody really into a car, and they feel they are being strangled — which was a term the Japanese used to use — by sanctions, then you do run the risk of them saying 'what the hell,' " said Dr. Hoare.

President Trump, after being told about the suspected ICBM missile launch by Pyongyang followed up his phoned warning to the Chinese President Xi Jinping by tweeting:

"China's position is that they can put pressure on but it will be counter-productive, they won't respond. The Chinese argument is that the only people they will respond to is the US, who could provide a guarantee that would reassure the leadership that they were not going to be overthrown," he said.

"Mr. Trump says 'yeah, we've got an agreement with China,' but I think Mr. Trump walks away from talks hearing what he wants to hear, rather than what he actually did," Dr. Hoare told Sputnik.