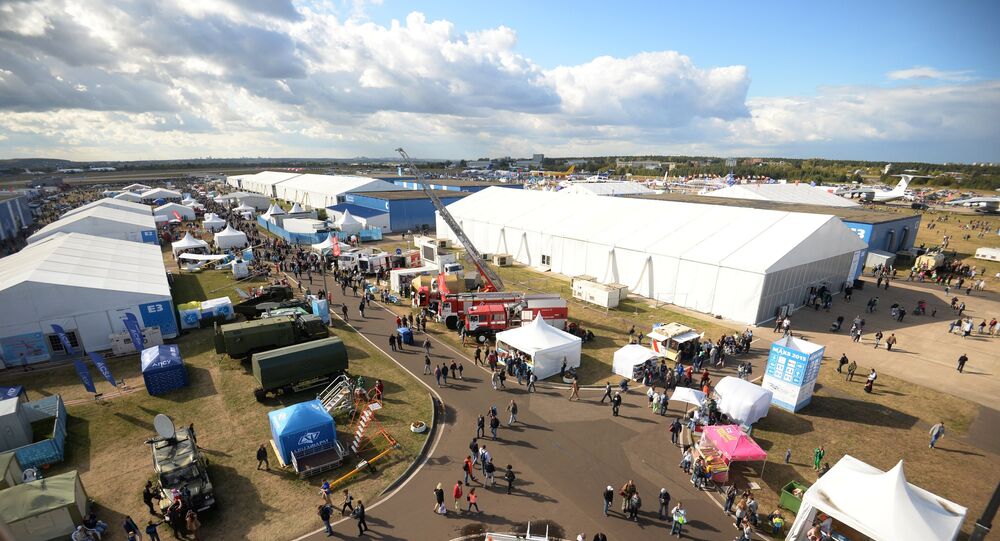 Russia's Rosoboronexport arms exporter will present the advanced country's aviation technologies at the International Aviation and Space Salon MAKS-2017 with the use of holographic panels with the elements of levitation, the company's Deputy Director General Sergey Goreslavsky said Wednesday.

MOSCOW (Sputnik) — According to the official, the new exhibition technologies would be used to promote Su-35, MiG-29M and Yak-130 planes, as well as Ka-52, Mi-35 and Mi-171Sh helicopters.

"Arms and military equipment proposed by Rosoboronexport at the MAKS-2017 for the first time would be presented at the holographic panels and in the form of a multiscreen presentation with the elements of levitation. The representatives of Russia's defense industry always respect our high-technology means of promotion of their products," Goreslavsky said, as quoted by the company's press service.

The official added that the new technologies used in promotion of weapons and of military equipment would allow the company to keep the traditional partners and to attract the new ones from around the world.