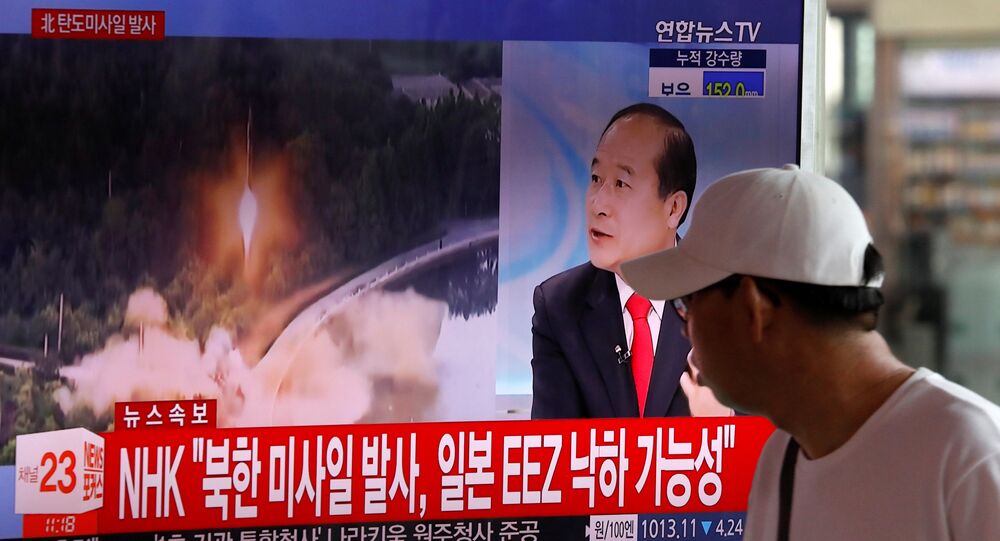 TOKYO (Sputnik) — Earlier in the day, Pyongyang launched the missile at 09:39 local time (00:39 GMT on Tuesday), which landed in Japan's exclusive economic zone in the Sea of Japan, Japanese Chief Cabinet Secretary Yoshihide Suga said at a press conference. According to Suga, the flight lasted for 40 minutes.

"When launched at the right angle, the missile could reach up to 8,000 km [5,970 miles], experts have noted," the Yonhap news service said in a report on South Korean President Moon Jae-in's warning for Pyongyang not to cross a "point of no return."

​The situation on the Korean peninsula has become aggravated in recent months due to a series of missile launches and nuclear tests conducted by Pyongyang, all of which are claimed to be in violation of UN Security Council resolutions. The previous launch took place on June 8, when North Korea carried out a launch of short-range anti-ship missiles, reportedly flying some 124 miles before dropping into the Sea of Japan.