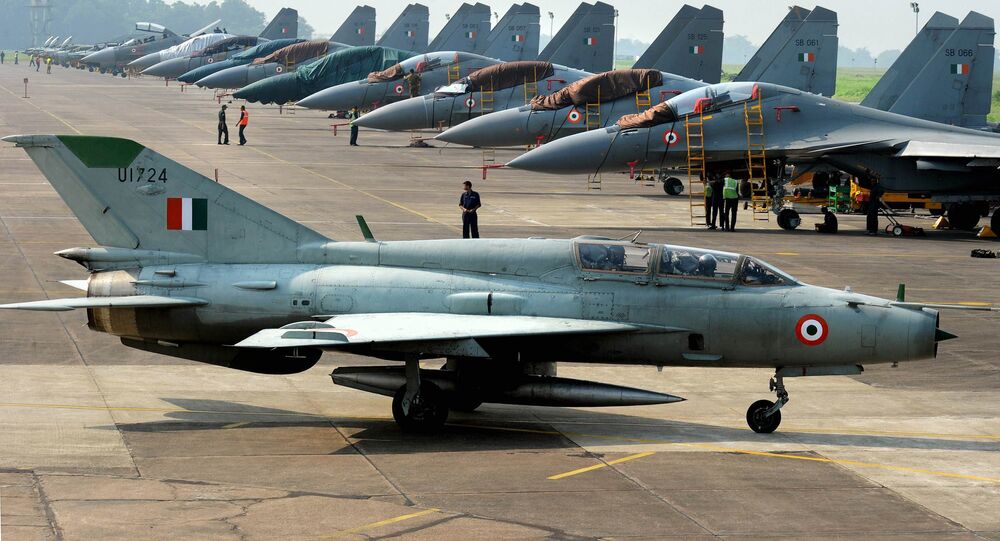 With tensions rising with its neighbors, the Indian Air Force (IAF) has once again asked India’s defense ministry to approve funding for building next generation hardened shelters designed by state-owned research organization DRDO for every aircraft deployed in eastern and north-eastern airfields.

© AP Photo / Mic Smith
US Approves $366Mln C-17 Transport Aircraft Sale to India
New Delhi (Sputnik) — The proposed shelter would be able to withstand missiles and 2000-pound bombs. The IAF has been waiting for defense ministry approval for last three years. In 2015, IAF had submitted a proposal of construction of 108 new generation hardened aircraft shelters for Sukhoi-30 class of aircraft but not find consent from the ministry.

"We want to build new generation hardened aircraft shelters in the North and Northeast which is critical for us so that we are not caught by surprise as has happened in different parts of the world," defense sources told Sputnik.

If approved by the defense ministry, these shelters based in forward areas, Leh, Ladakh and the Northeast, will cost $750 million to the exchequer. India has reconstructed, and operationalized six advanced landing grounds — Tuting, Mechuka, Along, Passighat, Vijaynagar and Ziro — along the India-China border and work is underway at Tawang and Dirang. The IAF has also built new weapon storage areas, hangars and labs in large numbers in all the forward bases.

In 2016, the standing committee of parliament on defense had raised its concerned about unavailability of hardened shelter for frontline aircraft Su-30MKI. "IAF is already short of planes and worse than that hardened shelters are not available for even the limited number of aircraft that is available with the service…the committee desires that there should not be any delay in execution, as such delays have become a common feature of all the projects," committee had warned in 2016.