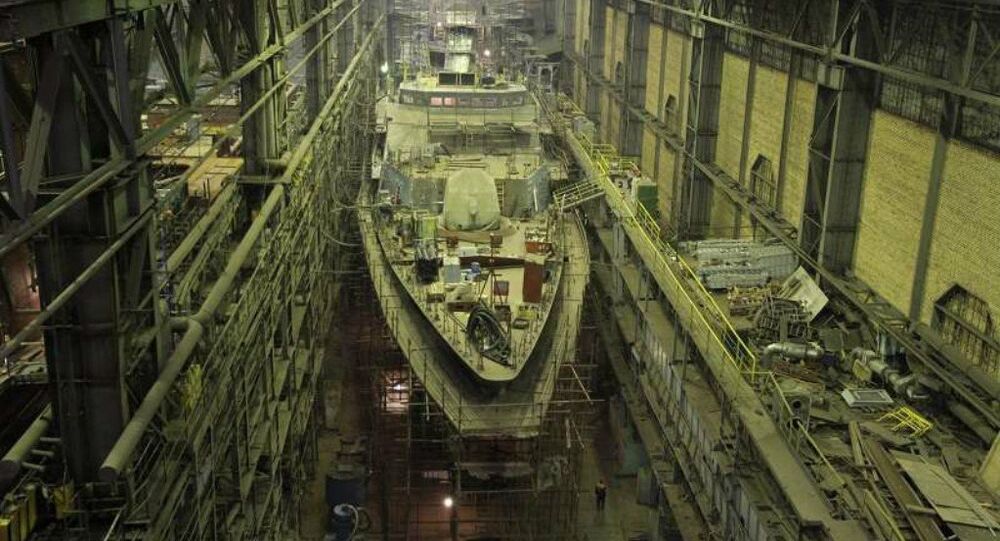 The local Severnaya Verf shipyard said that a new stealth corvette for the Russian Navy will be launched in St. Petersburg on Friday.

Ministry of defence of the Russian Federation
Long Arm: Russia's New Corvette to Fire Kalibr Cruise Missiles Thousands of Miles Away
ST. PETERSBURG (Sputnik) — A new stealth corvette for the Russian Navy will be launched in St. Petersburg on Friday, the local Severnaya Verf shipyard said in a statement.

"The float-out of the Project 20385 Gremyashchy corvette will take place on June 30," the shipyard said Thursday, adding Russian Defense Ministry officials were expected to attend.

The multipurpose corvette, which is a fast warship smaller than a destroyer, will be equipped with anti-ship and anti-submarine weapons and will be able to provide naval gunfire support for shore operations.

Gremyaschy class corvettes have a displacement of over 2,000 metric tons, a speed of up to 27 knots, an operating range of 4,000 nautical miles and a crew of 99.