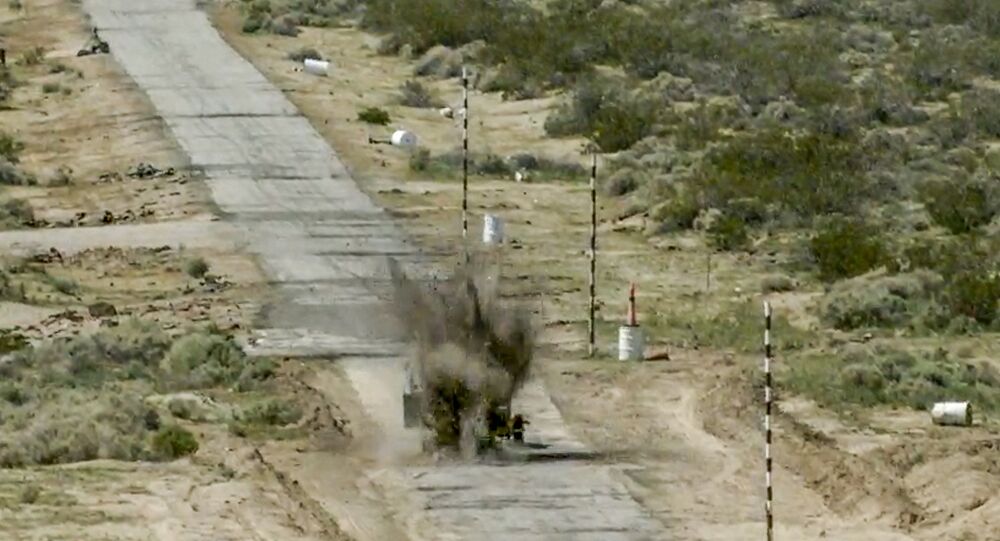 Raytheon is advocating for the US military to implement equipping F-35s with the GBU-49 Paveway II precision guided munition (PGM), despite the jets already having the capability to strike moving targets.

In May, Sputnik reported that the US Air Force sought to strap the GBU-12 Paveway I guided bomb onto its fifth-generation jets to hit non-stationary targets. The Marines have since adopted the GBU-12 for their F-35s.

Defense contractor Raytheon now seeks to sway military brass on the need for the GBU-49 instead of the GBU-12, arguing that GBU-12s require pilots to manually guide the bomb, according to comments made by a top Raytheon executive to Defense News in a report published Monday.

But according to Collin O’Fallon of the Air Force’s 775th Flight Test Squadron, the GBU-12 already has that capability as a result of the F-35’s onboard weapons release platform. The "new release logic" of the GBU-12, O’Fallon said in April, allows the pilot to shoot the weapon without thinking about it.

"The pilot doesn’t have to think about how fast the target’s going or what direction" it’s moving, O’Fallon explained, citing the F-35’s electronics systems "doing all the weaponeering for him."

Now, Raytheon hopes the GBU-49 will become the sole PGM used by the F-35s across the US armed services. From there, the company believes it can persuade other F-35 buyers to procure GBU-49s for their own joint strike fighter squadrons.

The US Air Force quickly complied and posted a request for information for new PGMs, according to Defense News. Notifying contractors of an RFI is one of the first stages in the acquisitions and procurement process.

Mike Jarret, vice president of air warfare systems at Raytheon, said he believes his company will handily win the competition to sell the Pentagon its weapons. "We have that capability in our inventory today and we don’t believe that anybody else does," Jarret said.

The GBU-49 is used by the French and British Royal air force as well. As Lockheed Martin looks to continue adding more clients to its list of eleven F-35 buyers (and Germany’s Luftwaffe may be the next addition), Raytheon expects revenue from its precision guided weapons products to increase, Jarrett told Defense News in Le Bourget, France.

Because the GBU-49 is so similar to the GBU-12 in terms of its size and "flight characteristics," when combined with Raytheon’s close cooperation with Lockheed on the jet’s weapons platform, Jarrett believes the PGM can be fielded onto F-35s in "single digit months."