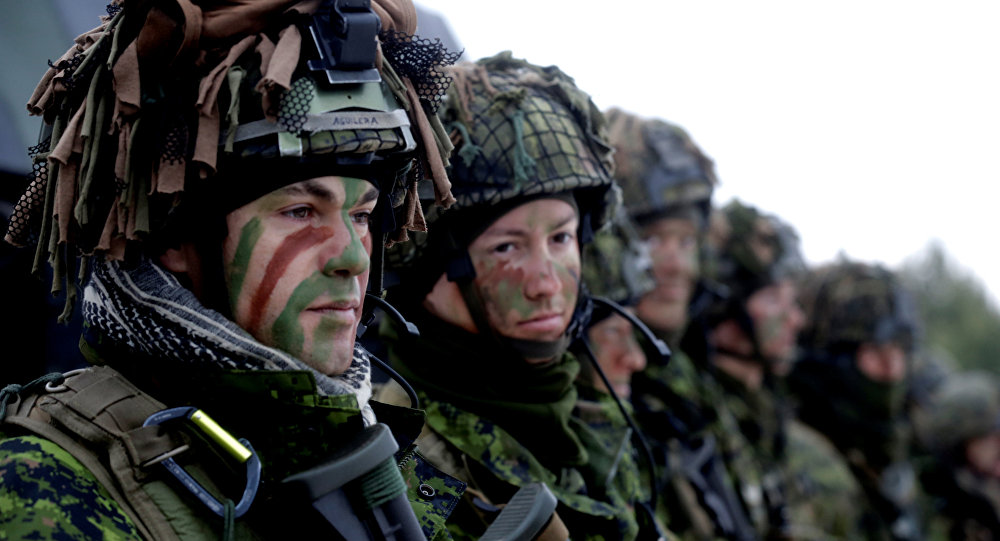 "All these preparations that are now being implemented in practice, when NATO infrastructure approaches our common borders, when new units are sent there… we understand perfectly well that the pretexts used to justify such actions, they are far-fetched," Lavrov said.

© Photo : Youtube / Телеканал ЗВЕЗДА
Closest of Calls: WATCH Su-27 Chase NATO F-16 Away From Russian Defense Minister's Plane
Relations between NATO and Russia have deteriorated since 2014 against the background of the Ukrainian crisis and Crimea's reunification with Russia. During this time, NATO decided to suspend projects of practical civilian and military cooperation with Moscow, but maintained channels of political dialogue. Since the beginning of Ukrainian crisis, the organization has also been boosting its military presence in Eastern Europe. During July 2016 NATO summit in Warsaw, allies agreed to deploy four multinational battalions to Estonia, Latvia, Lithuania and Poland.

"I still have a high opinion of the quality of military thinking, military training in the United States, Germany, the United Kingdom and other countries of the North Atlantic alliance. I cannot assume that they have even the slightest assumption that Russia will attack NATO," Lavrov said.

I Pee Freely: US Soldier Relieves Himself on Lithuanian Government Building

Aerial Spies: How NATO is Searching for Any Loopholes in Russia's Defense