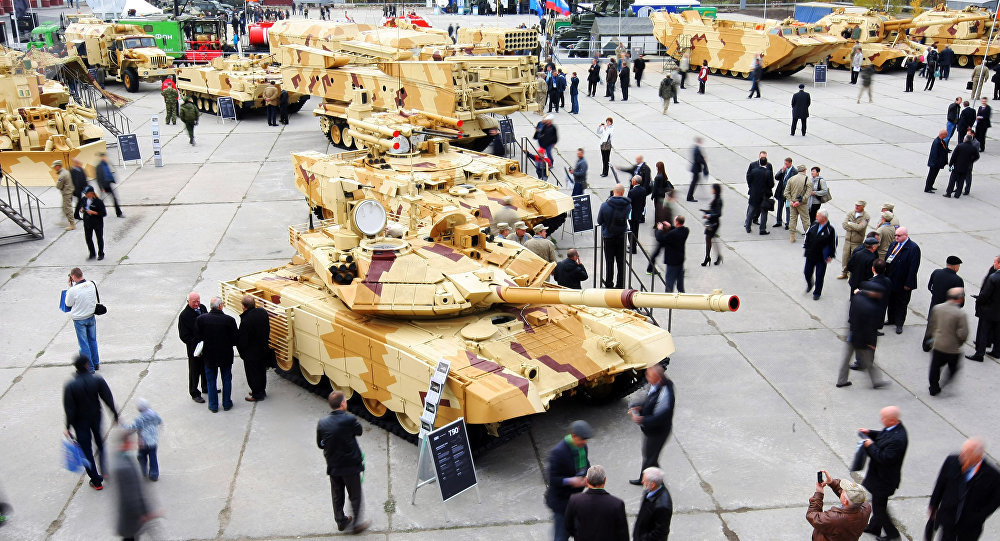 Hungry Eyes: Saudis Eying Russian Arms Even After Signing $110 Bln Deal With US

Speaking to Russian media on Tuesday, Dmitri Shugaev, the head of the Federal Service on Military-Technical Cooperation, the Russian agency responsible for foreign arms trade, confirmed that Saudi Arabia's recent decision to sign an arms deal with the United States would not affect the prospects for military-technical cooperation with Russia.

"Saudi Arabia is indeed interested in the development of military-technical cooperation with Russia," Shugaev said. "A number of contract documents are being discussed, and work is in progress on determining the possible level of technical cooperation and directions for such cooperation," he added.

© AP Photo / Yoan Valat
Saudi Power Struggle Ends With King Promoting His Son to Be Heir
Asked to comment on how the recent $110 billion arms deal between Saudi Arabia and the US would affect the Persian Gulf country's cooperation with Russia, Shugaev emphasized that the agreements between Riyadh, the US and any other NATO member would "not affect [Russia's] willingness to cooperate on mutually beneficial terms."

Russian Political and military observers say that Russia's entry into the Saudi arms market could be a major diplomatic breakthrough for Moscow. Over the course of many decades, Riyadh has purchased its military equipment from the US and other NATO countries. Throughout the Cold War, the Soviet Union refused to even establish diplomatic relations with the kingdom, and through the 1990s and 2000s, Riyadh remained a close ally of successive US administrations.

At the same time, military observer and RIA Novosti contributor Andrei Kotz wrote that although Saudi-US relations, including military ties, seem set on remaining close under Trump, that doesn't mean that Riyadh may not look to expand its ties with other arms producers, including Russia.

"Riyadh's interest in acquiring weapons from Russia is understandable," Kotz noted. "The diversification of supplies would partially reduce the country's dependence on the US military-industrial complex. In addition, in a number of areas, Russian equipment is more suitable to the region's climate and terrain than that of the US, and costs much less." 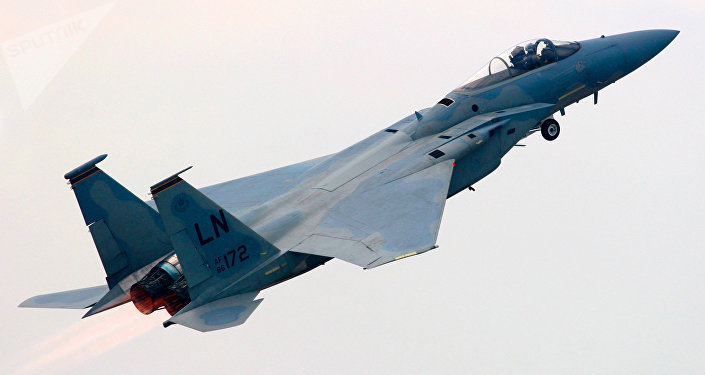 This wasn't surprising, according to Kotz, given that the effectiveness of Russian weapons has been proven over the course of the Syrian conflict. "It would be difficult to think up a more effective advertising campaign in the arms market," the journalist wrote.

Speaking to RIA Novosti, Igor Korotchenko, the editor-in-chief of National Defense, a Russian military publication, confirmed that that the Saudi military has shown an active interest in the Russian weapons systems used in Syria.

"First and foremost, the Saudis are interested in our aviation – Su-30SM and Su-35S fighters, Su-34 fighter-bombers, in short, all the planes which have been striking Daesh targets over the past year and a half," Korotchenko said.

© Sputnik / Ramil Sitdikov
Russia Solid Second in Global Arms Exports
"The same goes for armored vehicles, which have proven themselves superior to those of other countries in the climatic conditions in the Middle East," the expert added. "This applies first and foremost to T-90S tanks and their various modifications. We have a great deal to offer. All this equipment comes with export certificates. If there is mutual interest, then there will not be any obstacles. The main thing is that the Saudis' declarations of interest are matched by actual negotiations and the signing of contracts," the analyst stressed.

At the moment, Saudi Arabia's main battle tank is the Abrams M1A2S. Riyadh has about 450 Abrams MBTs at its disposal. In addition, the country has about 500 M-60s, outdated even by local standards. According to Kotz, the main advantages of the T-90S include its low silhouette, its lower weight, and its diesel engine, which is more reliable than the gas turbine engine used by the Abrams (which in desert conditions tends to get clogged and to stall).

Moreover, the Russian tank is significantly cheaper than its US counterpart, with a single T-90S costing roughly $5 million, compared to the $8 million sticker price for the Abrams.

Russian fighters are also more cost effective, according to the journalist. While the F-15E and F-15C are comparable in price to Sukhoi's offerings, the Russian planes are easier to maintain, and better suited to operations in adverse weather conditions.

Ultimately, Kotz emphasized that the performance characteristics of tanks and planes play only a secondary role when it comes to countries' purchasing decisions.

"Much more important is the fact that when a country buys weapons from another country, it becomes dependent on it," the journalist wrote. "The regular maintenance of combat-ready equipment requires a constant supply of spare parts, ammunition, specialist support. All this, of course, is provided by the seller. If its relations with the buyer country deteriorate, these supplies can be easily and immediately blocked. And then all the tanks and aircraft of the client will remain combat-ready only until their first breakdown."

© AP Photo / Hammurabi's Justice News
In Syria, US Wants to Show It Dictates the Law
For his part, Korotchenko suggested that it was obvious that Saudi Arabia, "having concluded a series of mega-contracts worth hundreds of billions of dollars with the US, is now trying to balance out this imbalance and establish partnership relations with Russia, which has become one of the leading players in the Persian Gulf and the Middle East as a whole."

"The Americans, of course, won't like the fact that we're moving in on 'their turf', but who cares? Saudi Arabia is formally a sovereign state, and can decide for itself who to buy weapons from," the analyst added.

Nevertheless, other analysts think that Moscow should not expect to see any major breakthroughs with Saudi Arabia anytime soon. Speaking to RIA Novosti, Andrei Frolov, the editor in chief of Arms Export magazine, recalled that the history of Russian-Saudi weapons trade is almost non-existent, and many of the verbal agreements which had been reached were never implemented in practice.

"There have been precedents – one time contracts have been concluded," Frolov recalled. "In the early 2000s, we sold Riyadh a batch of AK-103 assault rifles using 7.62x39mm cartridges. But we never managed to reach any continuous cooperation; US and European arms companies had occupied the Saudi niche. Of course, the Saudi military would be interested in Russian communications and electronic warfare equipment, helicopters, small arms, and modern grenade launchers. But firm contracts are needed."

© AFP 2019 / JOSEPH EID
President Assad's Overthrow 'Impossible' Amid Syrian Army's al-Tanf Advance
At present, perhaps the lack of cooperation in the arms trade is for the best anyway. The US, Canada and European countries have faced criticism on moral and ethical grounds over their sale of weapons to Riyadh amid its ongoing war of aggression in neighboring Yemen.

Furthermore, Moscow and Riyadh are essentially on opposite sides in the Syrian conflict, with Russia backing the secular, UN-recognized government in Damascus, while Saudi Arabia has been backed radical militants.

Finally, there is an argument to be made that even if the Russian arms provided are export variants, there is no guarantee that selling Riyadh advanced weapons designs will not lead to those technologies being transferred to Riyadh's US and NATO partners.

Above International Law: US Sends Global Message in Syria