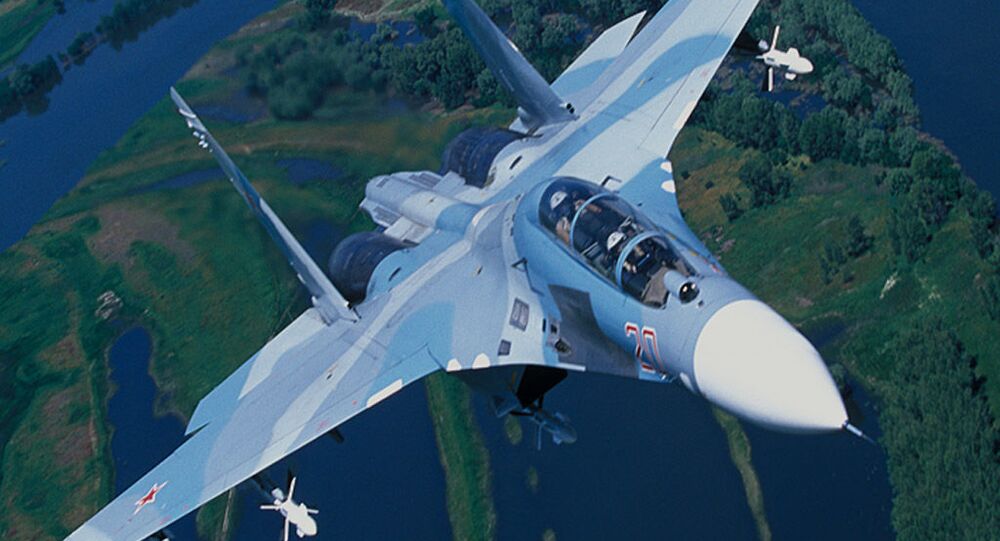 Russia and the United States trade blame for a seemingly unsafe encounter in the Baltic sky.

MOSCOW (Sputnik) — Russia scrambled a Su-27 fighter to intercept a target over neutral Baltic waters, the target turned out to be US reconnaissance aircraft Boeing RC-135, the Russian Defense Ministry said in a statement Tuesday.

"On June 19, Russia's airspace control facilities over the neutral waters of the Baltic Sea detected an air target flying toward the state border of the Russian Federation. To intercept the target, a Su-27 fighter was scrambled… which, after approaching it, identified it as an RC-135 US reconnaissance aircraft," the statement said.

© Sputnik / Igor Zarembo
Pentagon Reveals Mid-Flight Photos of Russian Su-27 Intercepting US Military Aircraft
It said that the RC-135 crew carried out a provocative turn toward Russia's Su-27, adding that the Russian pilot reacted to the maneuver and kept escorting the reconnaissance plane until it changed the direction of flight away from the Russian border.

"Over the past week, US and NATO reconnaissance aircraft have carried out more than 15 flights over the Baltics with reconnaissance purposes in the immediate vicinity of the Russian border," it said.

What The Pentagon Says

The Russian SU-27 jet that intercepted a US plane over the Baltic Sea on June 19, was poorly controlled, US Department of Defense spokesperson Capt. Jeff Davis said in a briefing on Tuesday.

"On June 19, a US Air Force RC-135 flying in the international air space over the Baltic Sea was intercepted by a Russian Su-27 flanker," Davis told reporters. "Due to the high rate of speed, the poor control Russian the pilot had over his aircraft during the intercept, the aircraft commander of the RC-135 determined it to be unsafe."

"We were operating in international airspace and did nothing to provoke this behavior," Davis told reporters.

© Sputnik / Mikhail Voskresenskiy
Black Sea: Russian Su-30 Jet Greets US Poseidon Spy Plane So Hard That It Scurries Away
On June 6, the Russian Defense Ministry said it scrambled a Su-27 air superiority fighter over the Baltics to to intercept and escort a US B-52 strategic bomber that approached its borders.